During filming for the October 13th episode of the SBS show, Yoo Jae Suk touched the cast and crew by requesting a few props from the set. The 'Running Man' cast members themselves brought props for a mission, and after seeing a few, Yoo Jae Suk requested a few toys from Ji Suk Jin, saying, "[My daughter] Na Eun likes these. Give me two of them."

According to reports, Yoo Jae Suk ran over to take the toys as soon as they were done with the mission challenges, and he didn't forget to bring them along throughout filming. Yoo Jae Suk and his wife welcomed their second child, a baby girl, in October of last year.

What a sweet dad! This episode airs on October 13 at 5PM KST.

He literally have money to buy that yet still steal from staff..hahahaha, such a daughter pabo.. 😂 i really want to see his daughter..

Awww. How sweet. He's thinking of her all the time. Nice not to waste those props too. There was an old episode where they showed a room with a bunch of stuff just piled up.

Park So Dam continues updating her social media while recovering from thyroid cancer surgery
3 hours ago   4   3,465 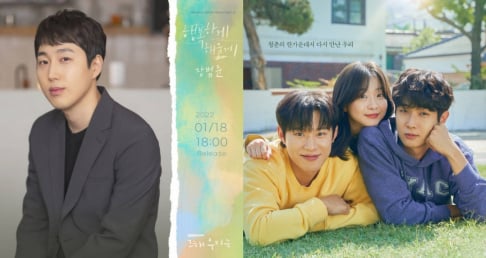 WINNER greet fans as 4-members on 'V Live' for the first time in 2 years + hint that they have a comeback and multiple schedules planned
1 hour ago   3   1,206

Mother of the school bullying victim of Kim Dong Hee says his apology letter is a red herring
1 day ago   80   23,579