BLACKPINK: a Girl Group or Privileged Class in the 21st Century?

The girl group BLACKPINK is currently under fire because the event was disturbed due to their lateness. In the meantime, Blackpink's fans made the public frown upon their excessive defense for the singers.

On October 9, a well-known sports brand held an event with domestic fans to celebrate football star Beckham's visit to Korea. Beckham as well as Blackpink were expected to participate in the event.

The scheduled time for the event was from 11:30 am, Beckham's photo wall event and the Korean Naming Contest were first held, and the meeting with Blackpink was scheduled at 11:55 am. In the process, the event was delayed because the girl group did not arrive on time. Beckham also had to wait for Blackpink.

Since then, the media have conveyed the disorganized image of the scene through a number of photo news. The report also informed that Blackpink's lateness was the decisive factor in delaying the event. But Blackpink's fans claimed that the girl group was not late. They criticized the reporters saying they must have been drunk by drugs. They argued that the singers arrived at the scene in advance and defended BLACKPINK, saying that they were waiting for the Korean naming event.

The related staff testified that it is correct that BLACKPINK was late for the event. One source said to Dong-A.com: "BlackPink was late for about 20 minutes. This delayed the event." BLACKPINK's stance on this argument has not come out yet.

BLACKPINK's controversial attitude has been spotted in a number of cases. Whether it is from the group's staff who want to overprotect the singers or from the YG Entertainment that wants to keep their only hope, the way how they appeared to the public raised eyebrows of many.

Comedian Jung Yong-guk released an episode related to BLACKPINK on a radio program. Their manager parked the van at about 11 o'clock in front of his restaurant, and soon the manager came out and said, "It is ok to get a fine."

Jung Yong-guk added, "There were 2 coordinators, 2 managers, a total of 4 people.They asked me to set the seat and requested if the food could be cooked. It turned out that it was Jenny's team in Blackpink.

After the episode was released, most netizens pointed out the manager's attitude toward illegal parking right in front of the restaurant. However, Blackpink fans pressured Jung for saying that there was an unnecessary mention of Jenny or that it was a statement to promote his business. Eventually he apologized that he had no intention of slander.

In addition, BLACKPINK used to conflict with citizens at the departure site. In the process of leaving for the overseas concert schedule, a photograph of a manager pushing a senior pedestrian crossing the road became a hot topic.

Knowing these precedents, this incident is not surprising. The same goes for YG's attitude of being silent and just waiting for the fire to be put down. This has been how the company has handled in case their artists were caught in wrongdoing.

Being late in the event is one of the mistakes that everyone makes unwillingly. However, it is a basic etiquette that the group expresses an apology and say, "We will not be late again."

However, if it does not matter to get the illegal parking ticket and to push away the pedestrian who is crossing the road, what country is this that has such a privileged class?

Well since none of the girls are allowed to drive I would say the blame lies elsewhere. But, carry on with the national sport of misygony and the bashing of young women.

I literally had to go outside and punch a tree after reading this article. Congratulations ddxddx, you're on my automatic downvote list.

Netizens speculate that a famous female idol is at the center of a controversial post made by a photoshoot editor
2 hours ago   14   8,680

B.I dominated worldwide trends and he was seen reading the messages of his fans #HappyBirthdayHanbin
3 hours ago   9   7,721

Jungkook revealed he participated in directing BTS upcoming MV and trended at #1 worldwide, US and Canada after his live streaming
7 hours ago   19   8,432

Paulo Coelho, the best-selling author of 'The Alchemist,' praises the Korean drama 'My Mister'
36 minutes ago   1   863

Netizens speculate that a famous female idol is at the center of a controversial post made by a photoshoot editor
2 hours ago   14   8,680 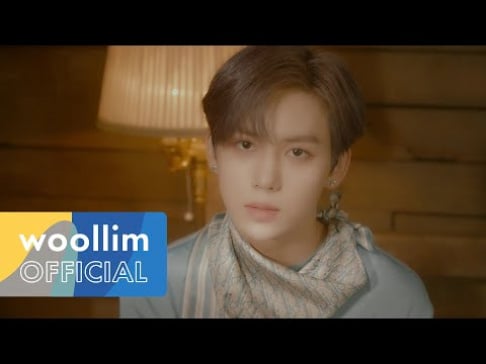 B.I dominated worldwide trends and he was seen reading the messages of his fans #HappyBirthdayHanbin
3 hours ago   9   7,721

Jungkook revealed he participated in directing BTS upcoming MV and trended at #1 worldwide, US and Canada after his live streaming
7 hours ago   19   8,432