Actress Kim Nam Joo has been found after being reported missing by husbandKim Seung Woo.

According to Top Daily's exclusive report, late evening on May 30, Kim Seung Woo reported to the police that Kim Nam Joo had gone missing. The police tracked Kim Nam Joo's location and found her at the Hyatt Hotel in Gangnam. The actress returned home safely without any issues.

Top Daily additionally explained Kim Nam Joo cut off contact with Kim Seung Woo after getting in an argument. However, Kim Nam Joo denied rumors about a bad relationship and issues in their marriage.

In a phone interview with News1 on June 7, Kim Nam Joo with a bright voice stated, "We have no issues," and explained, "I had a gathering with peers at a hotel because a makeup artist we've known for a long time had something to celebrate. I didn't know my phone went dead... My husband returned home after drinking that day. He was surprised when I was unreachable and made the police report."

She continued, "I'm also wondering why my husband overreacted so much... It's not a big deal but I think it's belatedly gaining attention since we are celebrities. It really wasn't a big deal though."

As for the rumors on a bad relationship, Kim Nam Joo said, "I understand there can be rumors since we are celebrities but we have no issues at all." She laughed and said, "Oppa takes care of me so much. I can't even go anywhere." She assured her fans, stating, "I feel like I've caused concerns when it really isn't that big of a deal. You don't have to worry because it's really not a big issue."

The couple's agency also explained Kim Nam Joo was simply out with her peers and her phone died.

Meanwhile, Kim Seung Woo and Kim Nam Joo got married in 2005. They are parents to a daughter and a son.

I was kinda ok with her comments until she said, "I can't even go anywhere." That raises a red flag.

Former head of SM Entertainment's A&R department under fire after registering wife as lyricist for 15 songs
3 hours ago   19   8,171 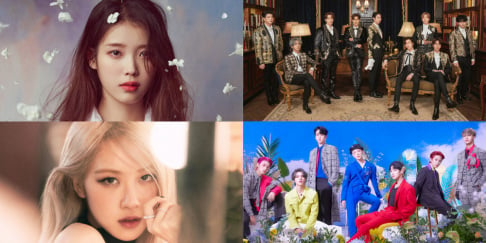 Goan chart releases newly certified songs and albums for the month of May
6 hours ago   7   3,012

The comedian who groped idols in the past finishes second at a body fitness competition
15 hours ago   71   34,291