Previously, another insider revealed on JTBC's 'Spotlight' that Hwang Hana was a Burning Sun VIP. The insider said that "Hwang Hana frequently visited the club wearing a hat and mask and had a special relationship with Seungri and Burning Sun CEO Lee Munho."

Another source has revealed that Hwang Hana was also known to be close to Burning Sun MD Cho. Cho Moo was previously sentenced for drug use charges in 2016 and at the time, Hana was named as the distributor of the drugs but was not charged in the case.

According to the source, Hana frequently held "hapa" house parties with her friends and other people they met at bars, and they would allegedly get high (take drugs) and have orgys (sex with each other). 'Hapa' was the name dubbed for their "hallucination" house parties that Hwang hosted in famous luxury villas in places like Hannam-dong, Cheong-dam, Yeoksam-dong, and Apgujeong in Seoul.

The insider revealed, "Sometimes, after collecting money and getting drugs, I would go to my friends house and call the guys to come play. Most of them were single so we would invite all the pretty girls, introduce them to my brothers (friends) and we'd take drugs together."

In particular, the production team tried to contact the drug dealers directly and some of the Korean-American students in the U.S informed the team that there were drug distribution channels for VIPs in Korea. When asked about Hwang Hana, the local drug supplier said, "I've heard of her. She's pretty and is well known among the suppliers here."

Hwang Hana is accused of supplying methamphetamines to her acquaintances in 2015 and 3 instances of drug abuse in February and March this year. Hwang was arrested on April 4th after being arrested at a ward at the Seoul National University Bundang Hospital in Seongnam, Gyeonggi Province, and was handed over to the prosecution.

Imagine your grandparents rebuilding a 1950 South Korea that was poorer than some African countries at that time and working their asses off all their lives and your grandchildren pull shit like that with your business money. God some people these days need to get a taste of the real world and maybe rethink all their life choices. It doensnt hurt to be a good human being.

this does not surprise me. yes, laws in SK are stricter when it comes to drugs, but people do the same stuff as in most of the countries. rich of this world are so bored that they end up trying to entertain themselves with that kind of parties. honestly, cannot care less about her destroying her own body and her friends joining her voluntarily. what I care about it her being a POS and filming people without consent, blackmailing them and spreading explicit content. she better not bail herself out, she is a psycho and is a danger to society. 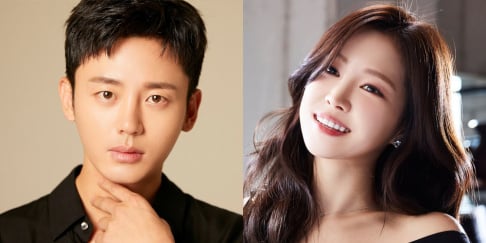 BLACKPINK tease their new character figurine-line in collaboration with 'Jazwares'
4 hours ago   14   9,912