The Reddit site that house rkpop , and rkpophelp , is extremely rude to one Kpop rookie in particular; ALEX. There rules are never consistent for reporter Jun from KPOPfanPop.When a question is asked about rookie K-pop singer ALEX (칸첸알렉스) , it is immediately removed. Let’s examine the question; The question preferencing it states that she clearly wanted to know “if he’s an actually idol or rookie under Stone Music Entertainment?”, and if so “are there any Kpop fans with reliable resources that can help her with an article she or he is writing . “?

The question goes on about things she’s found out about ALEX (칸첸알렉스) , and is curious if he’s a legitimate artist , or is just going to be advertised through Stone Music Entertainment. Many resources says he is in record label Stone Music Entertainment, but is under special online partnership with creator group DIA TV.  Has ,  ALEX (칸첸알렉스) angered the K-pop community, and if so how? There are a lot of angry Kpop fans.

The question is labeled a promotion ,and  advertisement quick from the administrative team of Kpopper.

ALEX (칸첸알렉스) does not fund KPOPfanPop. KPOPfanPop is known to look after rookies and trainees before or during there debut.

The team of interviewers known as KPOPfanPop are known for promoting South Korean underdogs, and hidden talents since 2013-14. The KPOPfanPop team ranges from 18-35 year-olds , and are well educated die hard Kpop fans. Even here on allkpop things get out of hand.

Is it truly the reporters or the tough audience, we pray for a strong debut for ALEX (칸첸알렉스)! 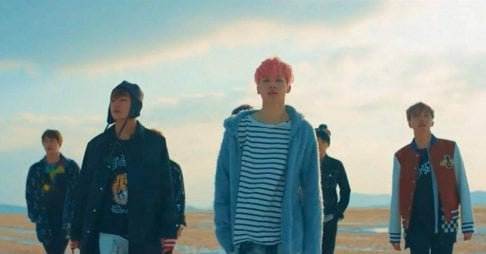 Their subs, their rules but if it's any consolation, Reddit has 0 impact on kpop.

I have no idea what you are talking about or what the problem is. I tried my best to comprehend but the way this is written makes it difficult.

K-Pop fans talk about lineup of artists and songs that would make year-end music festivals 'legendary'
8 hours ago   13   11,556

Bang Si Hyuk alleged to have removed NewJeans' stylists after the group's performance at the 'Blue Dragon Film Awards'
17 minutes ago   0   3,917

Yoon Ji Sung prepares for a wonderful Christmas with the digital single 'December. 24'
43 minutes ago   0   253

Nine members of LOONA reportedly working to suspend their exclusive contracts with Blockberry Creative
1 day ago   93   46,279