H.O.T rumored to be hosting a comeback concert in April

On February 8, various media outlets reported that top 1st-generation idol group H.O.T would be hosting a comeback concert this April at the Gocheok Sky Dome in Seoul.

In response to the reports, a concert production company spoke up on behalf of H.O.T, relaying, "The final time period and location of the concert has yet to be decided. The overall plans of the concert are still in the works."

Back in October of 2018, H.O.T successfully wrapped up their first reunion concert in 17 years, titled 'Forever High-five Of Teenagers'. Do you want to see an H.O.T comeback?

concert is good but having new materials would be epic...

Lady Gaga talks about the positive experience she had working with BLACKPINK on their new song 'Sour Candy'
11 hours ago   73   21,155 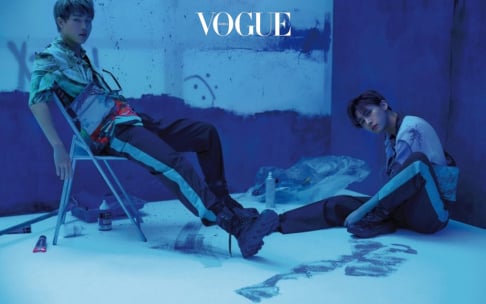 Lady Gaga talks about the positive experience she had working with BLACKPINK on their new song 'Sour Candy'
11 hours ago   73   21,155

TWICE will pre-release the highlight part of More & More exclusively through TikTok
19 hours ago   4   1,420