Taemin has released his second solo EP, 'WANT.' The SHINee singer soothes you with his sultry vocals through seven brand new tracks. We've seen him grow as an artist since 2014's 'Ace,' exploring different facets of himself. This time, he's exploring his sexuality.

"WANT" is definitely the way to start an album. If you have to front it with the title track, give us something to whet our appetites. This fits the bill, with pounding beats, killer bass line, and a squeezy synth sequence. I guess you could say I *want* more songs like this. "Truth" is a rare beast in K-Pop, the power ballad. It's gotten more common in recent years, but too often writers just default to the standard ballad. But not Taemin, who adroitly handles both the soft and "hard" parts. With a dubstep chorus that has Taemin singing "Truth" again and again in his signature tenor, this one's a winner.

As you might expect, "Artistic Groove" is pure R&B. It's seductive, sensual, and just an all-around good song. He even has the snaps keeping time and the falsetto in the chorus down. But make no mistake, this is a modern take, if the synthesizers don't give it away."Shadow" is probably my favorite on this EP. It's got some lower pitched instrumentation, and has kind of a darker feel to it. It's got some great breaks, and he uses that voice of his superbly on this track. And that chorus is just golden. A club-banger truly worthy of the name. "Never Forever" opens with a folksy guitar, though it loses that as the song picks up steam. We get occasional reminders of it when the instrumentation quiets down, but it's still mostly soft pop with some beats. It's not bad for a mid-tempo tune, but hardly my favorite.

Ignoring for the moment that a "Monologue" is supposed to be long (it's not), or boring (depends on the listener), it's a ballad, and a surprisingly engaging listen. While the lyrics are nothing to write home about (it's about a breakup), the piece is pretty tender overall, with only one short moment where the music competes with the singer. Taemin's voice brings an earnest intensity to the piece. "WANT ~Outro~" is the title track slowed down. It's got even more of the industrial synths we heard teased in the original, and it has only nonsense lyrics. There's a certain gravitas to it, but it's still pretty short (which fits the whole outro thing).

The interesting thing about most of this album is that there's a noisy intro before launching into the song proper. These intros have a dream-like quality, there for a moment and then gone again. "Never Forever" is the only track that lacks this, immediately launching into its main guitar riff. Frankly, this is his one of his best to date, featuring top-shelf vocals along with a willingness to experiment but still stay true to the genre. Color me impressed.

Taemin's flair for the dramatic pays off in the MV for "WANT," which is as much performance as anything. He hooks up with Japanese choreographer Sugawara Koharu again to deliver another electrifying dance performance. He definitely pulls out all the stops, and his movements are sinuous like the snake that makes an appearance here.

Yes, I said snakes, so if you are like a certain septuagenarian fortune hunter with a hatred for reptiles I wouldn't watch. However, if you aren't afraid of them as long as there's a screen separating you and them, then you're in for a treat, as they're just part of the striking imagery, like the netting, leather, sculpture, and smoke.

And that's just part of it, as the images come fast and furious as you watch. There's even a cross behind him (probably composed of glowy CGI) and they capture an image of him crucified. But it only lasts a moment, and he transitions from scene to scene in various stages in his choreo. The net effect is arresting. I can tell you this MV won't bore you.

Intrigued yet? I hope so, because if you're a Taemin fan, then you won't be disappointed. This is one of his darkest, most ambitious projects yet, and all the hard work they put into this really pays off, as I said. I give this one a serious thumbs up.

Same problem I often have with these reviews- The text is full of glowing recommendations, but then some of the scores are lower for no apparent reason. You need to make these things match up. The text should explain the score, it shouldn't be a random surprise at the end.

PinUp60 pts Tuesday, February 19, 2019 0
oh Eric, Eric, never giving male idol anything over 8.3 while giving female idols over 9 for anything as long as they are, well, female...
Share

'We Are Young (SNZM)' trainee gains attention for bearing an uncanny resemblance to Lee Kwang Soo
2 hours ago   9   5,203 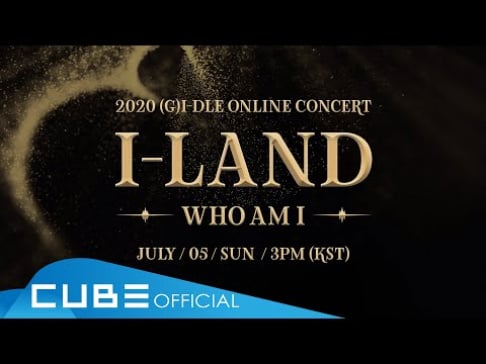 'We Are Young (SNZM)' trainee gains attention for bearing an uncanny resemblance to Lee Kwang Soo
2 hours ago   9   5,203

Rookie Idols idolizing BTS V for his magnificent stage presence earns him the nickname "Idol of Idols"
11 hours ago   41   4,017