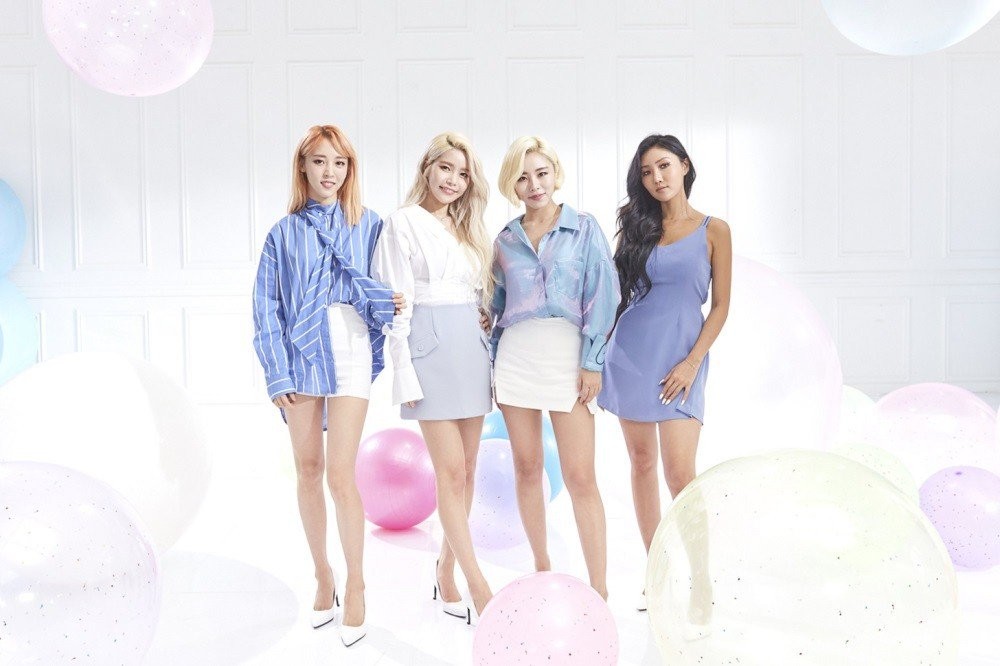 MAMAMOO have revealed the schedule for their comeback with their 'BLUE;S' album.

After their carefree teaser image, the girl group have detailed their schedule plan for their comeback. Fans can expect a ton of teasers leading up to the official 'BLUE;S' release on November 29 with their first concept photo on November 12, a concept video on the 19th, and music video teaser on the 23rd. 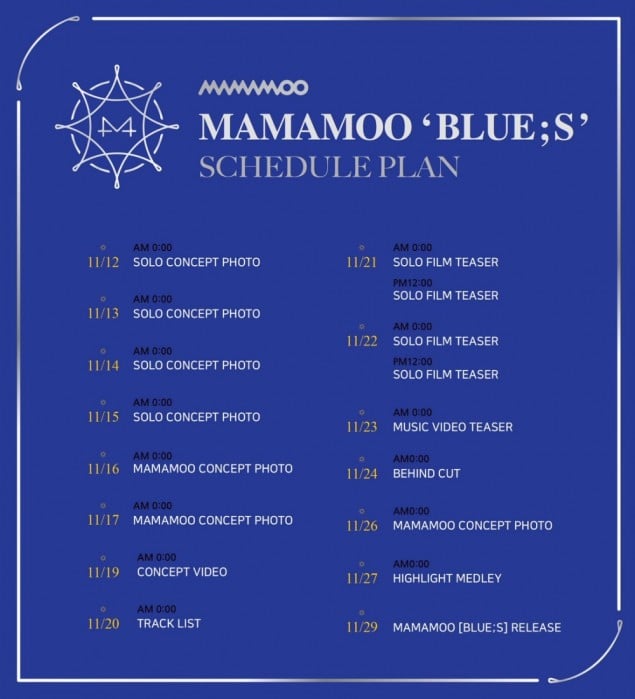 this...will be the most promoting rbw has ever done for them...

Netizens voice support for BLACKPINK's Lisa after she was scammed by her former manager
7 hours ago   24   13,611

EXO Kai's baby nephew gains attention for his good looks and similarities to his uncle
8 hours ago   8   16,147

Informant A reveals that BTS Suga was well aware it was Jim Jones' speech and intentionally sampled it for his mixtape
8 hours ago   155   18,554