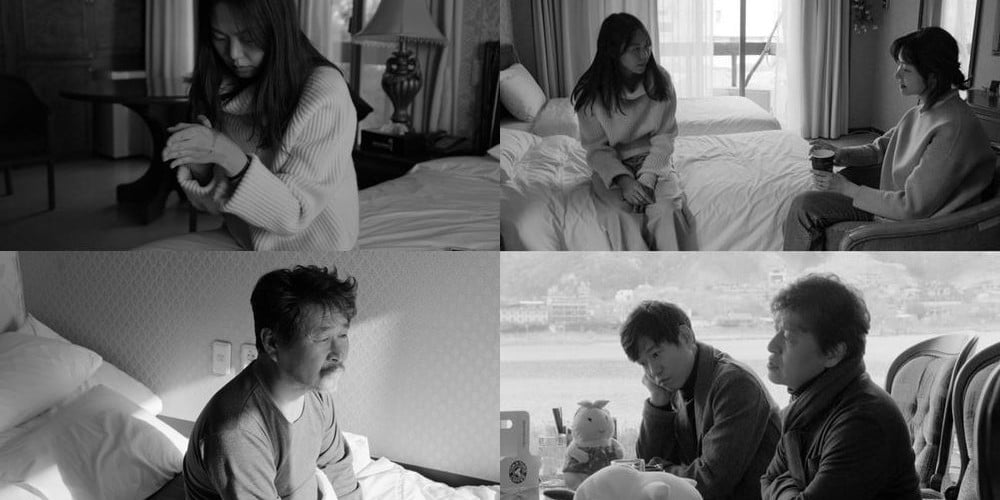 'Hotel by the River' is director Hong Sang Soo's 23rd full-length film. After being invited to the 'Gijon Film Festival' as an official competition piece this year, the production was chosen as 'Most Excellent Production', 'Most Excellent Screenplay', as well as the production with the 'Best Male Actor', Ki Joo Bong.
'Hotel by the River' revolves around unlikely figures who run into unique encounters at the hotel by the river, shot in director Hong Sang Soo's signature, black and white picture. It stars Kim Min Hee, Ki Joo Bong, Song Sun Mi, Yoo Jun Sang, Kwon Hae Hyo, and more. It is expected to premiere some time next year in Korea.
Meanwhile, director Hong Sang Soo and actress Kim Min Hee shocked the public by admitting to their affair in March of 2017.

"This law is only for BTS," 26 entertainment agencies file a complaint to the Ministry of National Defense on the new military postponement law for popular culture artists
2 days ago   347   90,462

Brave Girls reveal they downgraded their dorm on 'Omniscient Interfering View'
18 minutes ago   1   2,098

[TheQoo] K Netizens react to 26 agencies lodging a complaint to the Ministry of National Defense on the new military postponement law for popular culture artists
20 hours ago   89   32,424