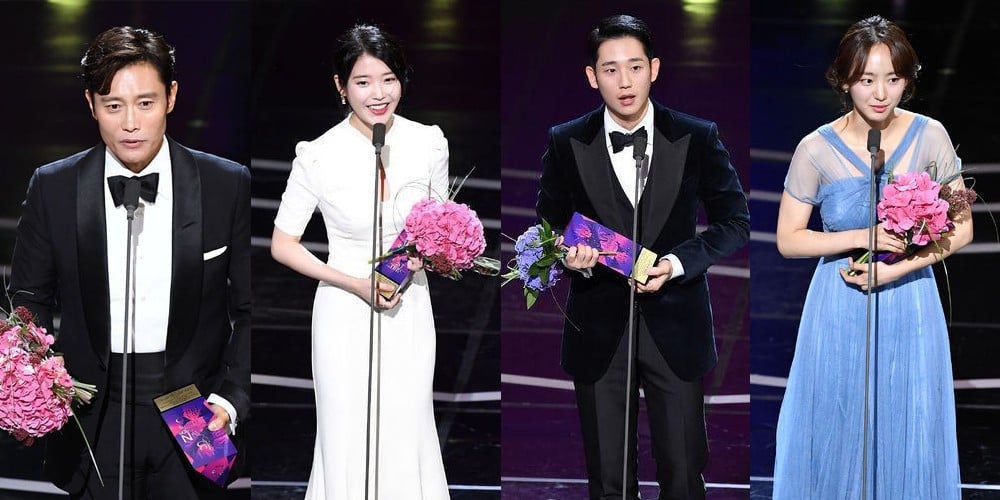 Back on October 13, numerous stars, directors, producers, and more attended the '2018 APAN Star Awards' at Kyunghee University in Seoul!

Led by actor Kim Seung Woo as MC, the '2018 APAN Star Awards' handed out drama awards to productions aired on MBC, KBS, SBS, tvN, JTBC, OCN, MBN, and TV Chosun from September 2, 2017 through September 2, 2018 (a total of 93 productions were nominated for awards).

Check out the full list of this year's winners below!

Congratulations to all the winners! Check out moments from the '2018 APAN Star Awards' red carpet below!

Talent has no boundaries, but it depends on the people who know its competency. Visit top5writingservices.com web for more details about essay writing help. I am glade my favorite actors and actress won the annual prize. I am presenting congratulations to them.

Fans marvel over the perfect shadows of BTS's V and Suzy and hope they can collaborate in the future in a drama
3 hours ago   20   4,305

'LEAN ON US JUNGKOOK' trends worldwide as BTS fans comfort Jungkook after he said he has no one to comfort him
4 hours ago   18   17,937

"This is so accurate," Netizens impressed with the realistic depiction of idol fan culture in the drama 'Imitation'
51 minutes ago   4   2,502