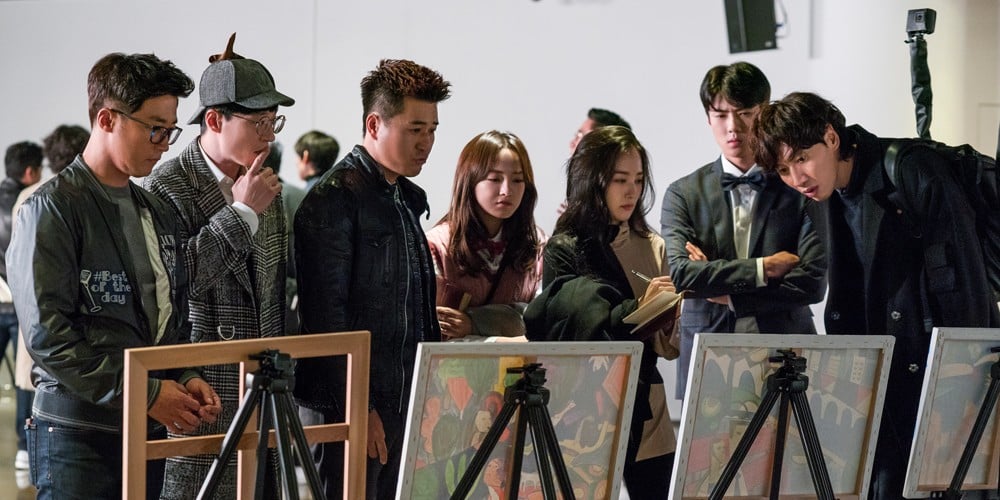 According to an exclusive report on September 6, actor Lee Kwang Soo is unable to film season 2 of Netflix variety series 'Busted' due to other schedules.

One insider revealed, "Original members Yoo Jae Suk, Park Min Young, and Ahn Jae Wook will be returning for 'Busted' season 2, while Lee Kwang Soo will be leaving the show."
Filming for 'Busted' season 2 is set to kick off next month. If the above statement is true, it indicates that other original cast members of the show including Kim Jong Min, EXO's Sehun, and Gugudan's Kim Se Jung are still discussing the matter of appearing on season 2. The report also stated that the show will be seeking to replace Lee Kwang Soo's role.
'Busted' season 2 is set to premiere some time in early 2019.
Share this article
Facebook
Twitter
0 91,055 Share 100% Upvoted

CL touches hearts after buying pizza for her fans who were waiting outside her 'ALPHA' show in London
5 hours ago   10   5,276

Korean netizens react to Jimin's dance and a supermodel fangirling over him
9 hours ago   31   37,685

Netizens react to BTS's Jungkook hiding behind RM as soon as their "Butter" collaboration stage with Megan Thee Stallion ends
1 day ago   60   34,784

BTS and Megan Thee Stallion surprise the audience with their 'Butter' live performance
1 day ago   72   12,978