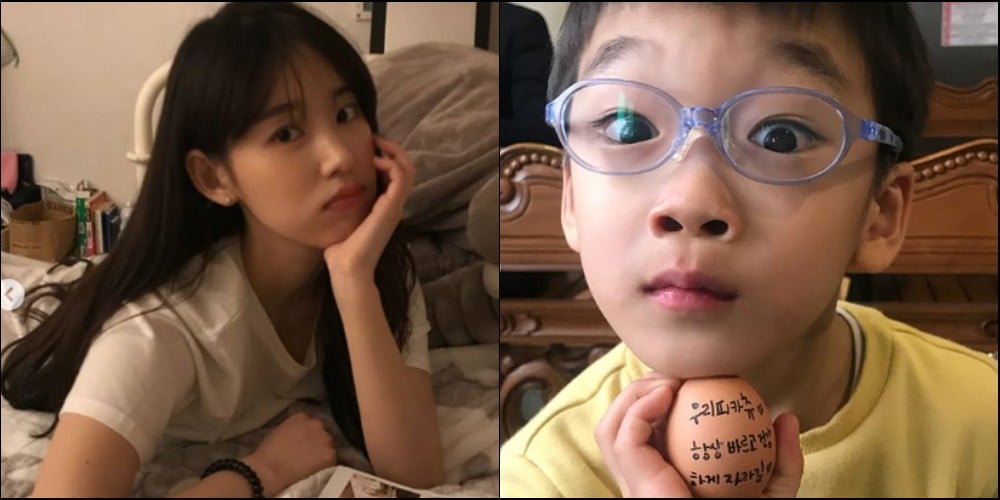 Actress Park Hwan Hee (28) has taken custody of her 7-year-old son.
On September 8, Park Hwan Hee shared a set of photos and video of her son via Instagram. With much love, she captioned, "This summer and last winter. Pikachu hates having photos taken of him but he's better at taking photos than me. He's already a 7-year-old who can assure his mother, saying, 'It'll turn out well'. I probably wouldn't be here if it wasn't for you. I love you. The reason of my life."

Back in 2011, Park Hwan Hee married rapper Bill Stax (formerly Vasco) and gave birth to a baby boy in January 2012. The couple divorced a year later in December and Bill Stax took custody of their son.
Park Hwan Hee's past relationship with Bill Stax, their divorce, and son came into attention following her appearance and rise in popularity for the hit drama 'Descendants of the Son'. However, this is the first time Park Hwan Hee publicly spoke about her son. It's assumed she took over the son's custody after Bill Stax's recent marijuana controversy.
Netizens are showing support for single mother Park Hwan Hee, commenting, "Hope the two are happy", "I hope they be healthy and happy from now on", "Don't get hurt by the hate comments. Be happy with your son."
Share this article
Facebook
Twitter
0 58,767 Share 100% Upvoted

BTS fans trick local TV station into airing a birthday shoutout to Jungkook under the name 'John Guk'
3 hours ago   27   6,602

BTS fans trick local TV station into airing a birthday shoutout to Jungkook under the name 'John Guk'
3 hours ago   27   6,602

Big Hit Entertainment reiterates earlier statement of response to speech sample used in 'What Do You Think?'
17 hours ago   135   37,900