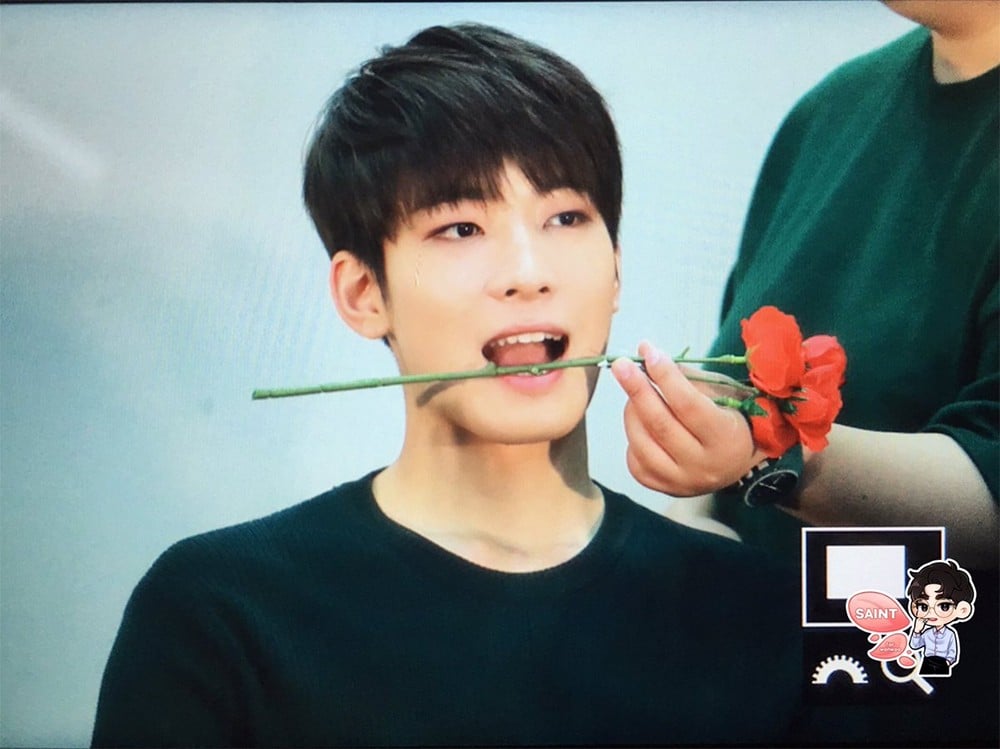 She continued on her way without even laughing, but her actions had S.Coups, the fan in front of Wonwoo, and the other fans bursting into laughter. Though she apparently no longer works with Seventeen, Carats remembered her fondly as someone who was attentive to what fans wanted and treated both Seventeen and the fans respectfully.

Another memorable moment was when she was taking the bunny ears off Junghan, but when fans made disappointed sounds, she put the ears back on to him and even straightened the ears back out.
Netizens commented, "This is what a fan manager is supposed to do... make their artists shine for the fans.. not what the Wanna One manager was doing," "I miss her a lot," "I think I'm becoming a fan of this fan manager..", and more.
Share this article
Facebook
Twitter
0 70,468 Share 100% Upvoted

"These are idol group candidates right?" How Korean netizens are reacting to the contestants of Chinese survival show 'Youth with You'
18 hours ago   66   47,575

[User Post] JYP Entertainment rumored to have changed their contract structure because of GOT7 as the previous one benefited the group more than the company
21 hours ago   70   63,114