RM publicly thanks Nicki Minaj for collaborating with BTS on 'Idol' 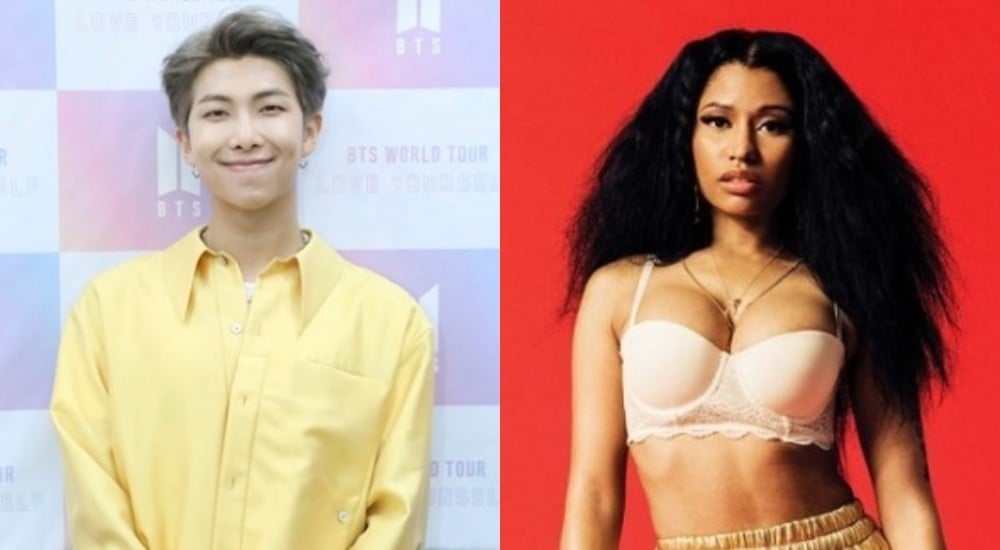 BTS' RM opened up about how popular female rapper Nicki Minaj ended up featuring on the group's new song "Idol" during a press conference held before their August 26 concert in Seoul. The rapper appears on an alternative version of the single, which was released this week.
[SEEALSO]https://www.allkpop.com/article/2018/08/bts-drop-idol-mv[/SEEALSO]
"We were wrapping up production on the song when it was suggested that it would probably be cool if Nicki Minaj could rap on it. Fortunately, she gladly accepted so that was actually able to happen," RM explained. "[She's] also actively promoting 'Idol' on social media. I'd like to take this opportunity to thank her."
Fans of the collaboration can look forward to a second version of the "Idol" music video featuring Nicki herself. The rapper took to her Twitter account to advise fans that it would be released within the next few days.
Share this article
Facebook
Twitter
0 42,798 Share 100% Upvoted

Lady Gaga talks about the positive experience she had working with BLACKPINK on their new song 'Sour Candy'
13 hours ago   79   22,908

TWICE will pre-release the highlight part of More & More exclusively through TikTok
21 hours ago   4   1,454