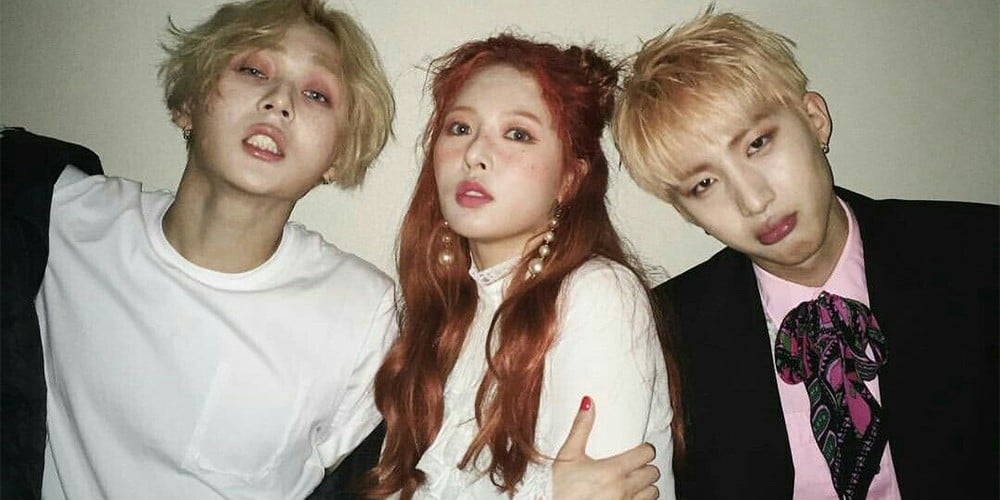 Netizens are alarmed by HyunA's actions.
Gifs of HyunA being 'overly sexual' with the Triple H members - especially E'Dawn - have surfaced online to much criticism. Many netizens are uncomfortable with what they dub excessive skinship, and are commenting that both E'Dawn and Hui don't look like they're enjoying it that much, either.
Netizens commented, "Can you imagine what the response would be if a guy shoved his privates into a girl's chest?", "Even close friends don't do this", "E'Dawn looks so uncomfortable...", "Hui's face in these shots tell the story", "HyunA used to be sexy but now she's just overdoing it...", "Lately I just get the feeling that she's a rich ahjumma who's playing with young men", and more.

I think they're enjoying it...

International fans of BLACKPINK's Lisa take out their anger on singer Lee Mu Jin as they are upset with this week's 'Inkigayo' results
5 hours ago   68   35,811

Yulhee reveals her stretch marks gained over time from giving birth to three children
6 hours ago   11   19,722