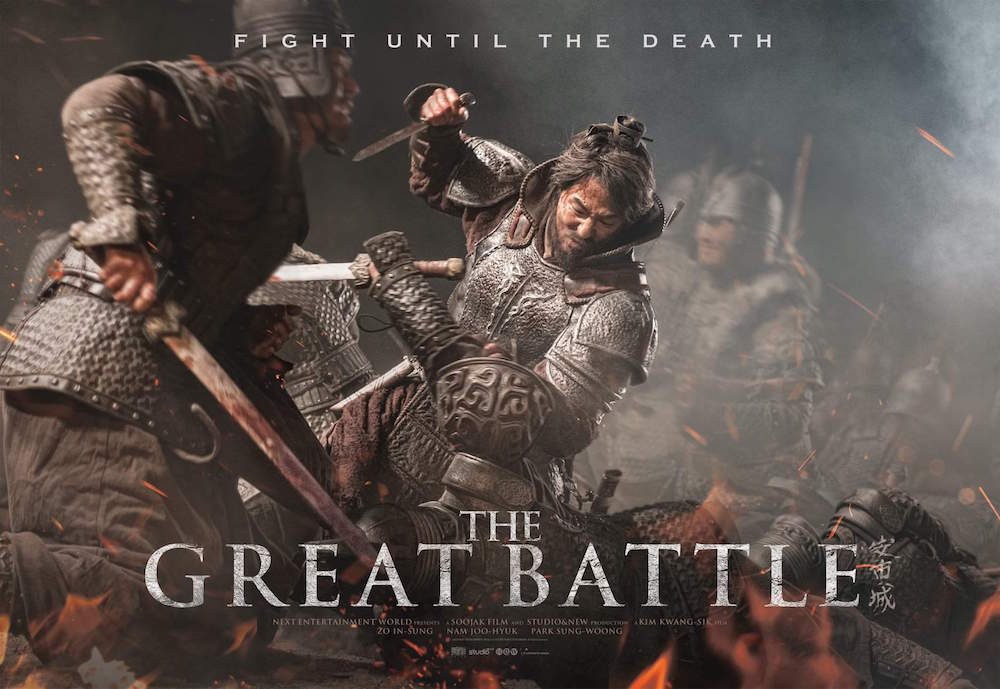 Historical action blockbuster film 'The Great Battle' (formerly known as 'Ansi Fortress') will be hitting theaters in Korea just in time for the Chuseok holidays, premiering on September 19.
'The Great Battle' tells the story of The Siege of Ansi, an 88-day battle between Goguryeo and the Tang dynasty. After announcing its premiere date for this coming September, the film has also dropped its first theatrical trailer, boasting an enormous scale not yet seen in previous Korean historical productions.
In the film, Jo In Sung appears as the head general of the Goguryeo army, leading skilled soldiers played by Nam Joo Hyuk, Bae Sung Woo, Um Tae Goo, AOA's Seolhyun, Park Byung Eun, and more. Opposite this crew, actor Park Sung Woong plays the emperor of the Tang dynasty.
Check out the dramatic trailer for 'The Great Battle' below!
Share this article
Facebook
Twitter
0 23,529 Share 100% Upvoted

Man raises eyebrows after being bitter that girl group members would date other men even though he spent thousands of dollars buying merchandise
20 hours ago   165   72,464

Informant A reveals that BTS Suga was well aware it was Jim Jones' speech and intentionally sampled it for his mixtape
3 days ago   258   55,936