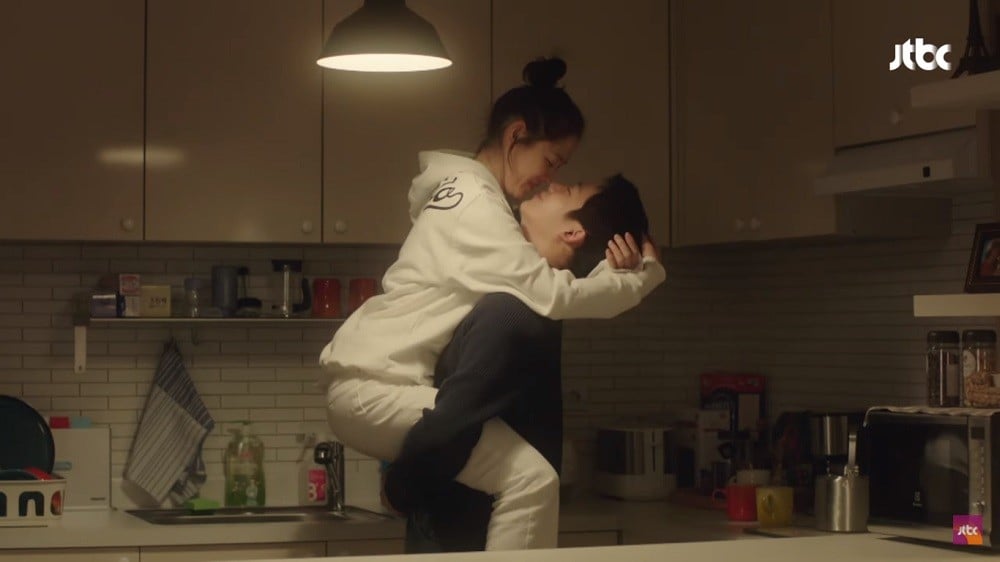 Drama 'Pretty Noona Who Buys Me Food' is making many viewers' hearts flutter!

The JTBC series 'Pretty Noona Who Buys Me Food' (also known as 'Something In The Rain') is garnering attention among K-drama fans. Soaring up to an average 5.1% in viewer ratings, the drama reached its highest peak with episode 5, which aired on April 13.

As a love story between an older woman and a younger man, the drama is known for its realistic depictions of such affairs, allowing viewers to easily identity with the main characters. The drama has only aired up to five episodes, but the two main leads have already shared several kiss scenes. Actress Son Ye Jin is especially gaining viewers' empathy, since her character Yoon Jin Ah is a thirty-something-year-old worker who tends to become easily ignored in society in fields of jobs and relationships. Meanwhile, Jung Hae In plays the adorable 'dongsaeng' Seo Jun Hee, who does not hold back on showing his affection.

Some comments related to the drama read, "Let us all leave the earth and just let those two remain", "My heart flutters at their interactions!", "I hope the plot doesn't become typical later on with misunderstandings between the characters~", etc.

Have you been keeping up with 'Pretty Noona Who Buys Me Food'?

Netizens say aespa's Giselle looks like the combination of these two girl group members
2 hours ago   6   5,326

Visual artist who claimed plagiarism is now supporting aespa and netizens think SM may have paid him
2 hours ago   17   4,465

G-Dragon's second collaboration with Nike sells out in minutes and crashes the Nike website
3 hours ago   14   9,184

Netizens say aespa's Giselle looks like the combination of these two girl group members
2 hours ago   6   5,326

ARMYs are saying BTS was robbed and should've been nominated in more categories for The GRAMMYs especially 'Album of the year'
1 day ago   93   17,815