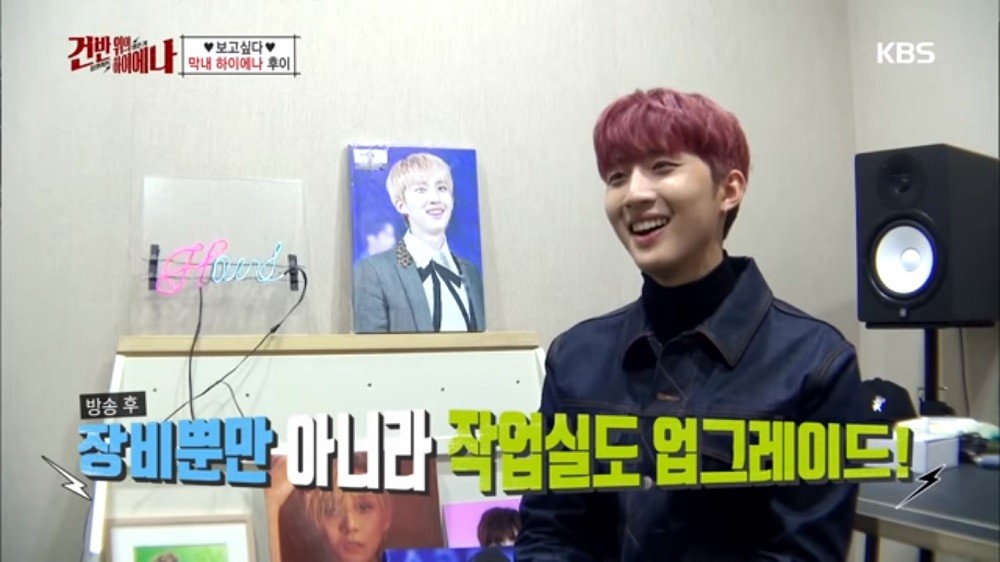 On the March 9 episode of 'Hyena on the Keyboard,' Hui made a special appearance as a guest who was on the show last year as a songwriter. Back in those days, Hui had to face tough working conditions while producing hits such as "Never" by Nation's Son ('Produce 101') and "Energetic" by Wanna One, such as slow computer issues and lack of spaciousness.

However, after the episode, the staff of Cube Entertainment realized that Hui deserved a better studio in order to effectively work as a producer. After months of struggling, Hui has now moved into a new work space located on the floor dedicated to 'Artists' rather than 'Trainees'.

The cast of 'Hyena on the Keyboard' were fairly pleased, since the show had had a good influence on Hui's career as a producer.

What a great stepping stone for Hui! You can watch the full clip of Hui's move here.

Netizens compare and select which entertainment agency building they prefer out of the Big 4
2 days ago   114   62,168