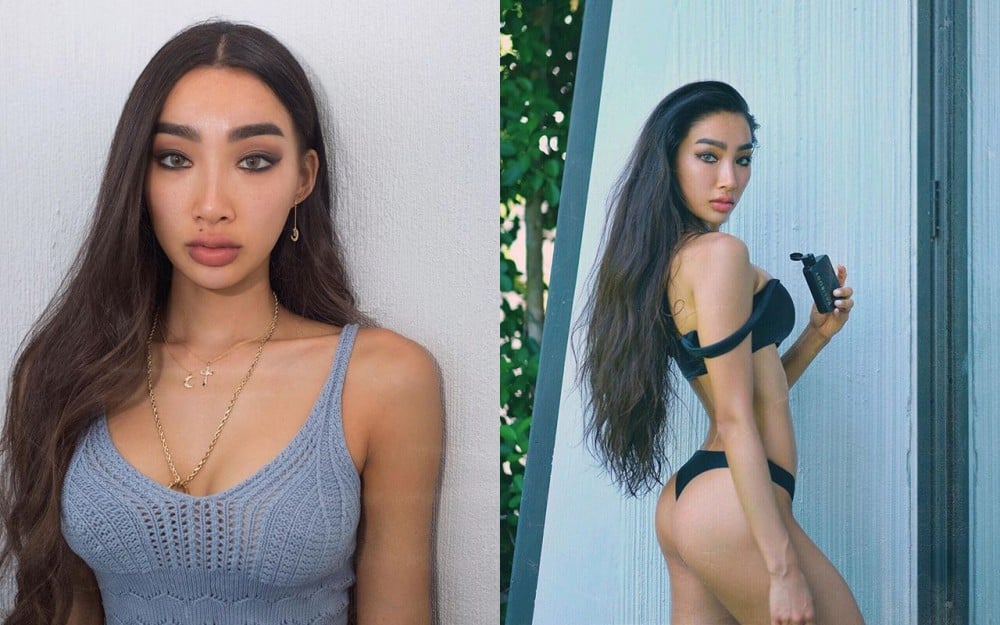 Model Moon Ga Bi, known for her tan skin and gorgeous figure, appeared as one of the guests on the March 26 episode of 'Talk Mon'.

The model revealed that she is often mistaken as a foreigner or as a mixed person when in reality, she's fully Korean. She shared, "Because I've always had dark skin since I was little. But this isn't skin I got from tanning, my skin is naturally this color." The show gave an example of Moon Ga Bi in a childhood photo, where she could be seen with slightly darker skin than her childhood friends (above).

Moon Ga Bi continued by saying, "When I go into a restaurant, the employees always say, 'Have a seat~' (in English), or if I try to pay at a cash register the employees will be like, 'Hey, you do it. I can't speak English'."

Later, Moon Ga Bi explained that she was able to build up her glamorous figure from working out, having exercised every day for 2 hours since she was 14 years old. Check out some of her daily workout moves below.

thats not what i meant shooting for @wkorea

Stan attractor BTS's V is going viral between locals and celebrities in Tiktok and Instagram with his 'Squid Game' edits
23 hours ago   56   42,476