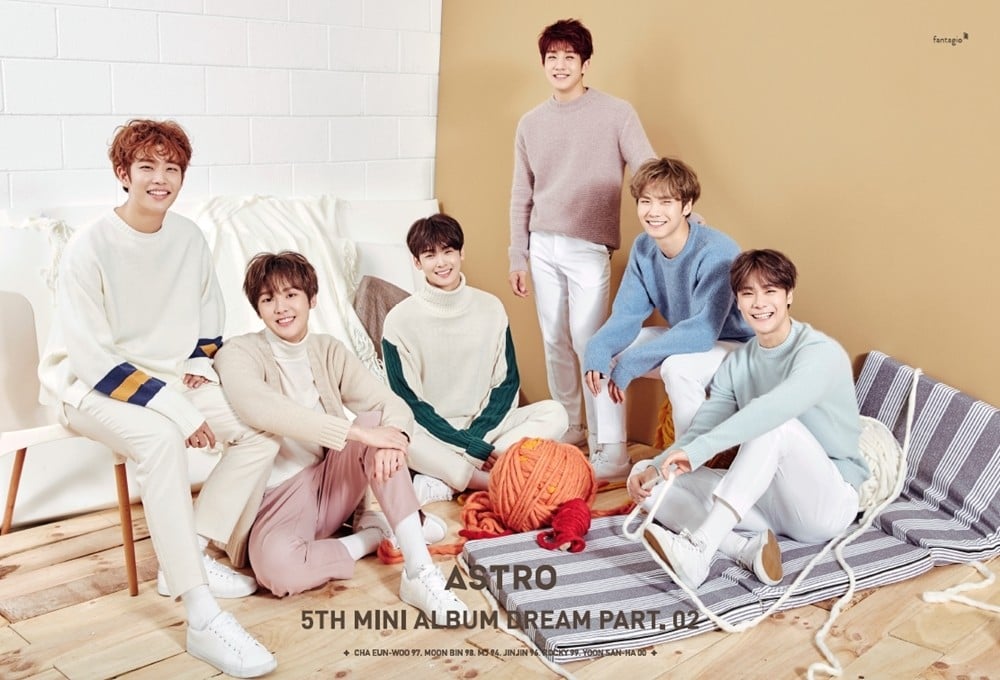 ASTRO have sold out all 10,000 copies of their special, limited edition album!

The boys will be releasing the 'With' version of their 'Dream Part.02' mini album on January 10. The version is a special, limited-edition version of their 5th mini-album, and they will only be printing 10,000 copies.

The special album will include a poem Cha Eun Woo authored, a hidden 'thanks to', as well as polaroid photos that the members took themselves. It's been reported that all 10,000 copies were sold out during preorders.

Did you manage to get your hands on one?

Netizens react angrily at SBS after learning that Wendy is still hospitalized a month after her accident
4 hours ago   34   18,993

ASTRO's Cha Eun Woo shows off his fatherly side on 'Handsome Tigers' while playing basketball with a child
2 hours ago   1   1,193

Netizens react angrily at SBS after learning that Wendy is still hospitalized a month after her accident
4 hours ago   34   18,993

Red Velvet's Wendy reportedly still recovering in hospital after a month since accident
12 hours ago   40   39,655