Big Bang to release new music by the end of the year?

You can always count on Big Bang's Seungri to give us the juicy details on their upcoming plans!
On the September 28 airing of Naver 'V Live +'s 'Hello? Is this Seungri?', he told fans, "There's an album coming by the end of this year. We're currently recording in secret, with the recording process nearly completed."
According to insider reports, Big Bang are in fact currently in their final stages of recording some new music. No word on what kind of music release it'll be, but nonetheless, we'll all look forward to it!

Junsu (XIA) could not keep composed while performing for the first time in the nineteen years since his debut
1 hour ago   3   3,789

Netizens now understand where BTS's Jungkook gets his cuteness after his mom makes a surprise phone call on 'Run BTS'
3 hours ago   9   6,534 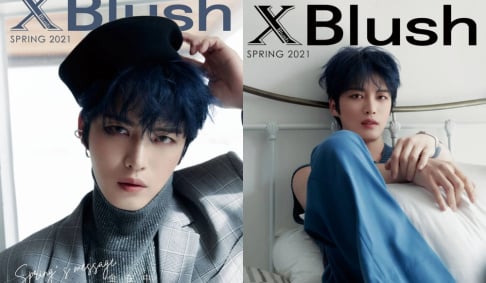 Netizens impressed with Jaejoong's unchanging visuals and wonder if he's a vampire
5 hours ago   21   3,569

Junsu (XIA) could not keep composed while performing for the first time in the nineteen years since his debut
1 hour ago   3   3,789

Netizens gather their attention to actor Kim Jung Hyun's attitude change around Seohyun during the filming of the 2018 drama 'Time'
8 hours ago   81   73,395

Netizens speculate that Seo Ye Ji was abusive towards Kim Jung Hyun, Kim Soo Hyun, and Yunho after looking back on a past blind item
1 day ago   167   260,433