ARMYs in an uproar over BTS' poorly managed US Highlight Tour

ARMYs were incredibly happy to hear that BTS would be back in the States just a little over a month after their 'The Red Bullet' tour, but alas, things would just not end up well.

The boys were so far at Atlanta, San Francisco, and Houston, but fans would find themselves completely disappointed - not by the boys themselves, but by the organizers.

The second show, Atlanta, seemed to be the most problematic. At the show, fans quickly found out the the organizers had oversold the venue by an incredible amount - apparently because they hadn't checked the venue beforehand to see its capacity. 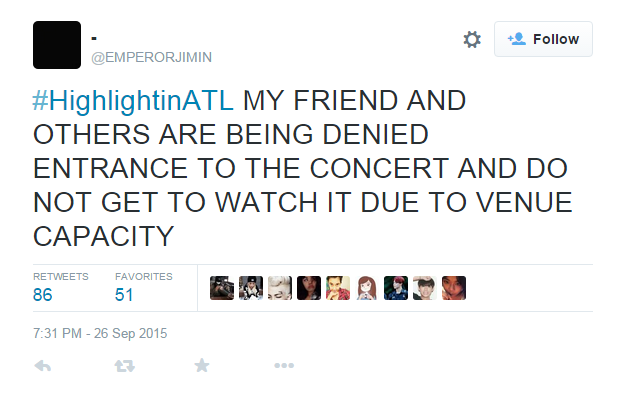 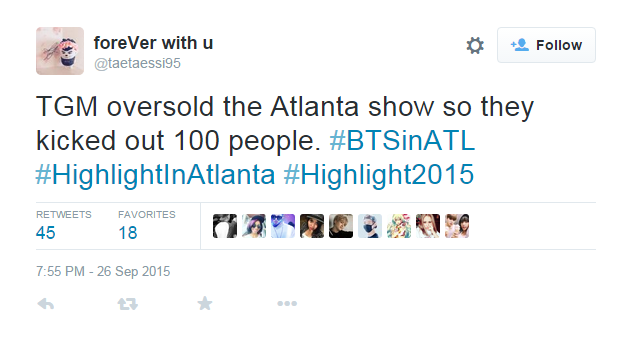 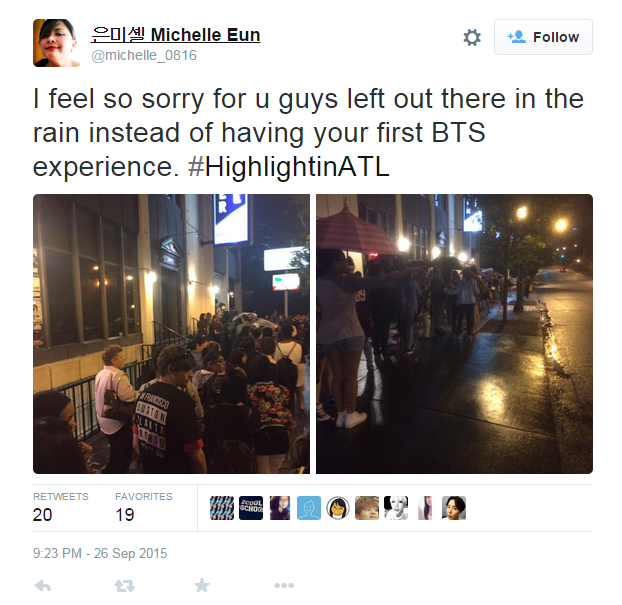 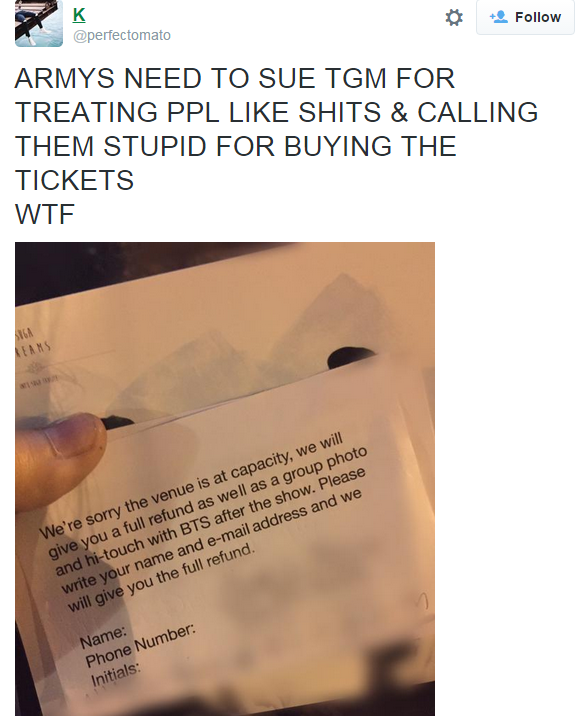 However, a fan that was inside the venue pointed out that seats were available inside the theater:

tgm is fucking lying, there are so many empty seats in here!!!!

Fans at all shows were also dismayed to see that the boys only performed 4 songs. Allegedly, a fan caught staff saying that the show itself was a rip-off:

It's now come to light that the people behind this show were the people also behind a cancelled Kim Tae Woo concert and Eric Nam's concert that has been indefinitely postponed for the past few months. Fans to both concerts never received refunds for their orders, and currently have no idea what is happening to either their money or the concerts.

What do you think about all that's going on?

Netizens send their encouragements after finding out that former MASC member Chibin, who left the group after a violence incident with another member, is re-debuting
8 hours ago   9   15,638