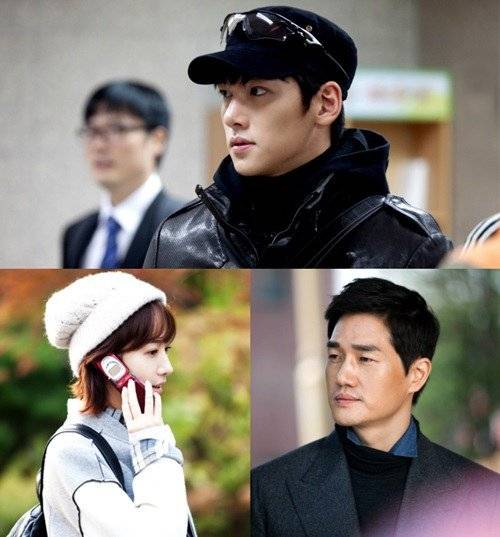 The trio held their first shoot for the drama in Incheon last month and are currently filming in Seoul, Daejeon, Cheongju, and more. Park Min Young cut her hair to fit her role as an aspiring reporter, and Ji Chang Wook carried out dynamic missions as the 'healer,' impressing the staff with his energy and enthusiasm.

The drama's producer stated, "All of the three actors instill confidence in the producers with their consistent research and thinking for their roles since their casting. It will be a drama that touches one's eyes, ears, and heart with the various scenes, solid storyline, and the cast's enthusiasm."

WayV members angrily share photos of the Sasaeng fans who followed them to an undisclosed filming location
8 hours ago   33   28,966

AKP BUZZ
Korean Mukbang YouTuber is fired from her Chinese agency after saying "Kimchi is a Korean food"
12 hours ago   84   74,713

Mina lashes out at netizen demanding proof that Jimin bullied her, posts medical diagnosis from hospital
1 day ago   228   48,331

All Witnesses Denied Seungri Involvement, Saying Police Tried To Force Them Against Seungri
2 days ago   162   36,141