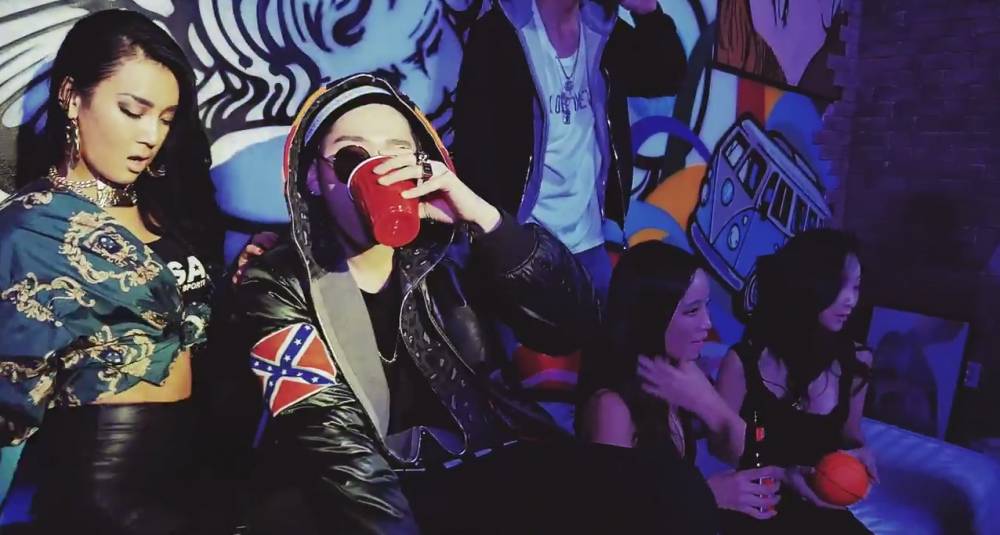 Block B Zico's latest MV "Tough Cookie" is receiving attention, but not in a good way as international netizens are reacting negatively to Zico's use of the Confederate flag and derogatory terms.

The Confederate flag can be seen at the 3:35 mark and 4:10 mark in the MV above. Zico wears the flag on his right arm as part of the design of his jacket. International netizens are in an uproar over the use of the image, as the flag was used by the southern states of the U.S. during the Civil War to represent their attempt to secede and avoid giving up their African-American slaves. The flag is considered by many to be a symbol of racism, used prominently at KKK rallies, and as some international netizens are misunderstanding Zico's use of "neega" (Korean for "you") for the racial slur, they are accusing him of being racist against African-Americans in the video. Some K-Pop fans have pointed out, however, that it is very likely that neither Zico nor his stylist was aware of the negativity surrounding the Confederate flag.

Zico has also been criticized for his use of a derogatory term usually used against the homosexual population. At the 2:57 mark, Zico says, "You're such a f*ggot b*tch," alarming viewers with his choice of words. As the term was once often used freely by numerous hip hop artists in the past, some have suggested it's possible that Zico picked up the term without knowing its negative connotation.

Netizen reactions have been varied, with the top comments on the video currently being, "... I would like to see this idiot to visit a real hood with that jacket that has confederate flag on and get his ass handed to him real quick. ...," "I really hope that you all understand that probably he's just wearing what the stylist give to him. ...," and, "... The Confederate flag has to go. There are many good qualities about the South, but there are other ways to glorify them than just this one. Its meaning has not and will not change: even if Southerners consider it to be just a symbol, it is still entrenched in racism. ..." [sic].

Regardless of whether Zico meant to offend or not, this issue, as well as Red Velvet Wendy's recent controversy, suggests that K-Pop stars need to be more aware of and sensitive about their growing international audience. 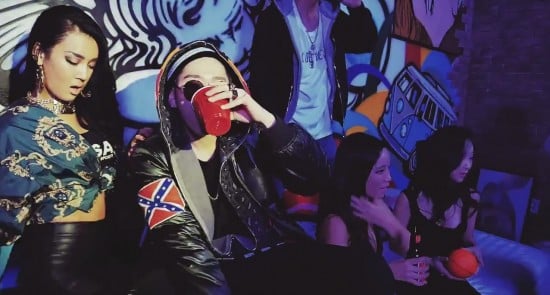 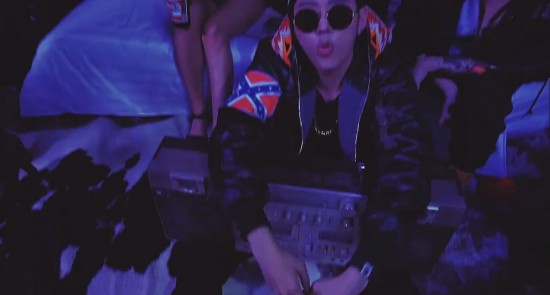 April's Chaewon & Yena say that Hyunjoo is unfairly accusing them as 'assailants' and acting as a 'victim', the truth will be revealed
2 days ago   215   53,322

Former April member Hyunjoo personally admits she was physically & verbally bullied by her group for 3 years, DSP will not let her terminate her contract
2 days ago   143   72,722

Seo Ye Ji expected to pay billions of KRW in penalties for her breach of advertisement contract
3 days ago   134   136,689