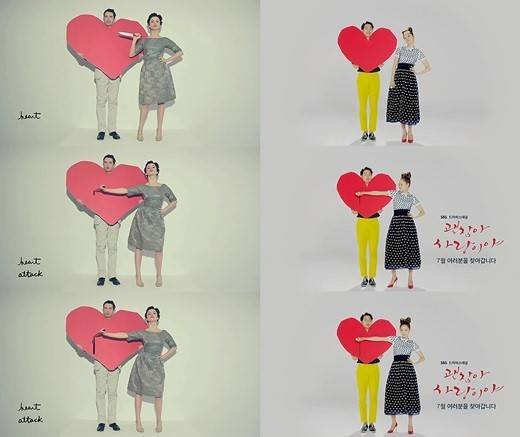 The upcoming SBS Wed-Thurs drama 'It's Okay, That's Love' started to stir excitement with their recent batch of teasers, but they ended up backfiring as netizens pointed out plagiarism was involved.

The drama released a few photos as well as various teasers the other day, but similarities were spotted between them and a production from film artist Celia Rowlson-Hall.

The drama's production companies GT Entertainment and CJ E&M reps gave their apology through an official statement on the 26th, "We sincerely give our deepest apology for causing a great disappointment to viewers... To express the 'love' concept for the drama's teaser video, the production company researched many images and videos and while coming up with a suitable idea, we found a video that suits this drama's tone and message the best."

"Due to our excessive greed of wanting to fully express the messages and themes of the drama, we made the wrong decision to borrow the message and image of the original video which has the same theme."

"We will delete all of the teaser videos which were officially release on our homepage and more, and will make sure that even the media will not use it in the future."

'It's Okay, That's Love' is set to premiere following 'You're Surrounded' on July 23. 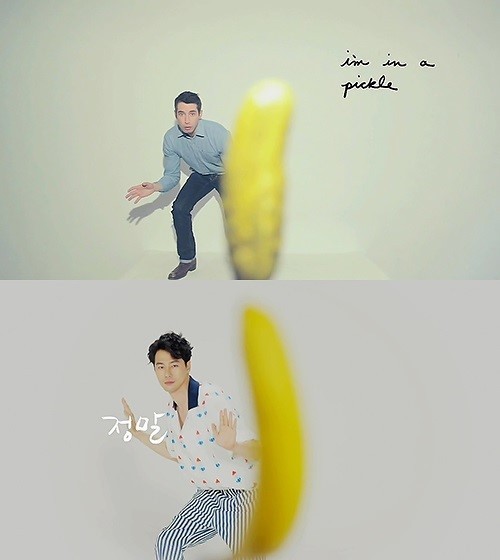 A female reporter is criticized for sexualizing TWICE's Momo in her article headline and netizens say it is sexual harassment
2 hours ago   12   6,701

Netizens pick BLACKPINK's uniforms as the most legendary outfit on 'Knowing Bros'
3 hours ago   13   7,899

A female reporter is criticized for sexualizing TWICE's Momo in her article headline and netizens say it is sexual harassment
2 hours ago   12   6,701

Netizens pick BLACKPINK's uniforms as the most legendary outfit on 'Knowing Bros'
3 hours ago   13   7,899

Giant Pink publicly apologizes to owner of dog her own dog killed; owner refuses to meet for in-person apology
12 hours ago   70   28,092

Fans are increasingly getting concerned over the seemingly intentional exclusion of Jimin from BTS's group work and the limitation of opportunities for him
5 days ago   56   68,427