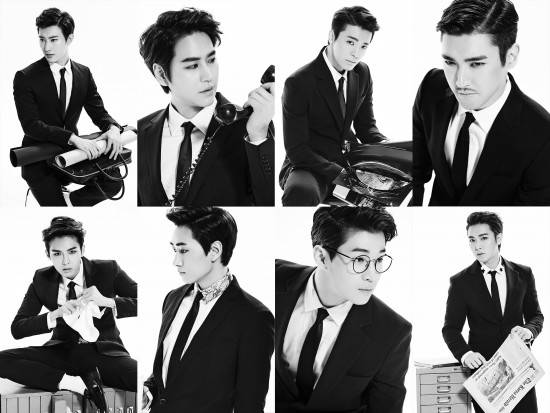 Not long after the news of their upcoming comeback, Super Junior-M dropped another set of images to show off their good looks in sharp black suits.

Super Junior-M will also continue to live up to their album title by 'swing'ing at full-speed into their comeback with a highlight medley video teaser to be released later today and hold their first comeback stage on China's CCTV's 'Global Chinese Music List'. ELF couldn't be more excited as Super Junior-M (Siwon, Donghae, Ryeowook, Kyuhyun, Eunhyuk, Sungmin, Henry, and Zhoumi) are making their comeback after one year and three months since their second album 'Break Down'.

The boys will release their mini-album 'SWING' on Chinese music sites on the 21st!

Koo Sarang, the child actress who Jimin gave presents to after SBS Gayo Daejeon, and her parents become criticized for animal abuse
3 hours ago   57   57,849

BLACKPINK's Lisa has transmogrified with a new hairstyle.
37 minutes ago   3   949

Hani talks about the possibility of EXID promoting together again
1 hour ago   2   2,829

Koo Sarang, the child actress who Jimin gave presents to after SBS Gayo Daejeon, and her parents become criticized for animal abuse
3 hours ago   57   57,849

Netizens talk about the contrasting charms of female idols found in the same group
10 hours ago   7   27,966