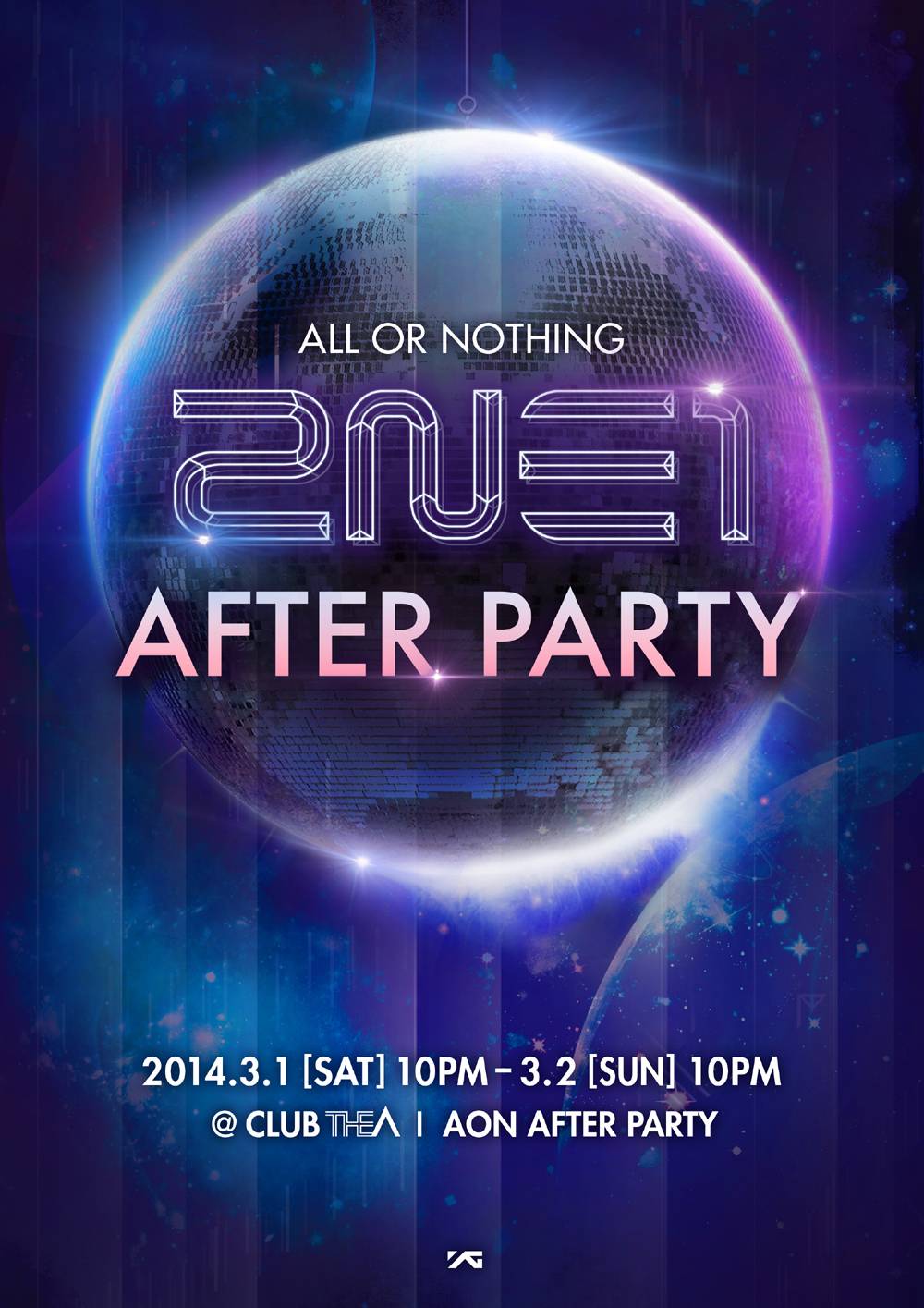 2NE1 will bring their 'fire' during an after party with Blackjacks on March 1-2!

The girls revealed that there is more in store for fans by releasing the poster above, indicating that an after party will be held after each of their concert dates in Seoul! 'AON AFTER PARTY' will be held at the club THE A in Yeoksamdong, Gangnam on March 1-2 at 10 PM KST specially for the fans who are 19 years of age and up.

So if you'll be one of the lucky Blackjacks attending their Seoul concert, you won't want to miss out on this after party where you'll get to witness even more performances!

BLACKPINK tease their new character figurine-line in collaboration with 'Jazwares'
12 hours ago   15   14,393