News outlet Dispatch is reporting that Song Ji Hyo is in a relationship with the CEO of her entertainment company!

Song Ji Hyo is best known to international K-Pop fans as one half of the 'Monday Couple' on SBS's 'Running Man'. According to Dispatch, the actress began her relationship with C-JeS Entertainment CEO Baek Chang Ju in December of last year.

Though the couple have busy individual schedules, they managed to make time for each other in the evenings. They've been photographed on numerous dates in Kangnam, which included a late-night stroll in the park, a movie outing, as well as dining at local eateries.

A source revealed, "There are many negative impressions of the CEO. However, he is opposite of what the rumors say about him. I believe it was his sensitive nature that caused Song Ji Hyo to fall for him."

In the paparazzi shots, Baek clearly acted as a gentleman; he would drop Song off at her house, wait for her outside his car despite the cold weather, and always escorted Song in and out of the car.

He was even a gentleman towards her parents. When he met Song's mother and father last December, he was seen making a 90 degree bow; Song's mother gave him a hug in response.

A source related to C-JeS had this to say about the meeting: "Baek has a keen interest in Song's acting activities. Her parents were just thanking him for this attention. This was not a meeting whose purpose was to ask for their blessing for their relationship."

The source concluded with, "They are a very cautious couple because it's a relationship between an actress and an entertainment company CEO. All I know is that they are in the beginning stages of their relationship. I can't comment on the rest because it concerns their private life."

Man raises eyebrows after being bitter that girl group members would date other men even though he spent thousands of dollars buying merchandise
5 hours ago   88   31,457 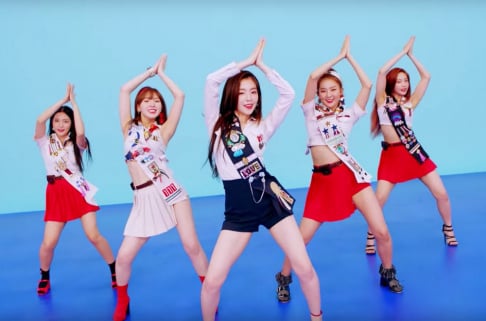 CL asks K-pop fans and Asians to take a stand for 'Black Lives Matter' in a powerful post describing the influence Black artists had on her art
10 hours ago   115   11,747

Gagman's face caught on tape installing the hidden camera in the women's restroom at the KBS building
8 hours ago   37   18,312 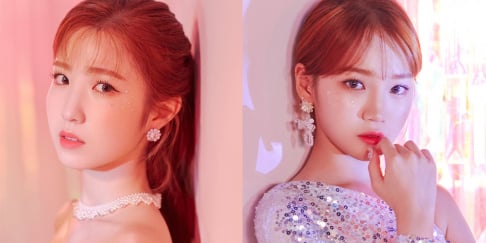 Jeon So Mi's father talks about how he wasn't able to provide more attention to his second daughter
58 minutes ago   3   6,716

CL asks K-pop fans and Asians to take a stand for 'Black Lives Matter' in a powerful post describing the influence Black artists had on her art
10 hours ago   115   11,747

Man raises eyebrows after being bitter that girl group members would date other men even though he spent thousands of dollars buying merchandise
5 hours ago   88   31,457

Informant A reveals that BTS Suga was well aware it was Jim Jones' speech and intentionally sampled it for his mixtape
2 days ago   250   53,885