The three stars then enjoyed a picnic in the park, snacking on tteok and yakgwa while chatting. Here, Ji Suk Jin asked Lee Kwang Soo, "Kwang Soo, what do you do when you're not working on a project?". Hearing this, Lee Kwang Soo answered, "I usually just stay at home. And I go to the gym."

Yoo Jae Suk, who attends the same gym as Lee Kwang Soo, pointed out, "Kwang Soo usually shows up in the afternoons. See, he can come earlier if he wants, but Kwang Soo purposely comes a little later because Gong Yoo tends to come around 3 PM."

Lee Kwang Soo, however, denied the accusations(?) and remarked, "Why would I avoid Gong Yoo hyung? Each person works out on their own at the gym."

Yoo Jae Suk then snuck in smugly, "But you see, Ji Cheol (Gong Yoo's real name) is my good friend."

But Lee Kwang Soo had some accusations of his own against Yoo Jae Suk, as the actor revealed, "But when Jae Suk hyung is working out at the gym, and Lee Jung Jae hyung shows up, first he will greet [Lee Jung Jae] with a really lively conversation. And then, even though he only just started working out, he acts like he's done and goes home."

Now, it was Yoo Jae Suk's turn to deny the accusations, refuting, "I went home because I was done working out!".

Watch the full installment of this week's 'Just an Excuse (Pinggyego)' with Yoo Jae Suk, Ji Suk Jin, and Lee Kwang Soo, above! 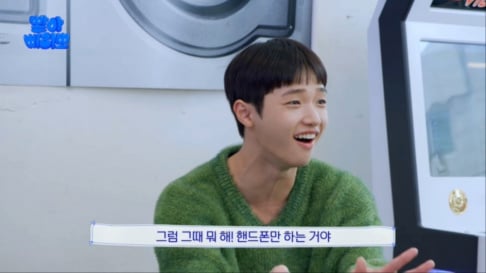 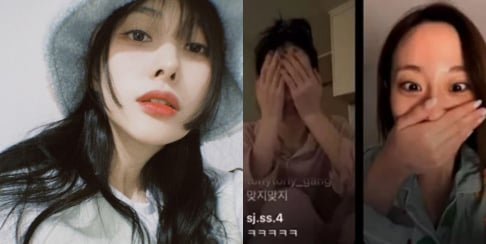 lmao these trio xD....man still hoping one day LKS return to RM tho...

When has this man time for even doing a YouTube show? lol

and it's funny whenever he needs to call someone is this two and Sae Ho sometimes..

Alleged SM Entertainment workers discuss the internal chaos of the company on anonymous app
4 hours ago   24   13,904

Former IZ*ONE member Yabuki Nako shares her thoughts on graduating from HKT48 + her next steps
2 hours ago   1   3,346

TWICE's Sana & Mina stun with their edgy transformation as they gear up for MISAMO unit debut
5 hours ago   11   5,300

CLASS:y's Won Jimin garners attention for her mature aura as she attends her middle school graduation ceremony
32 minutes ago   2   532

Introverted Siwan shares that he wants to be more like Kwanghee in 'Good Job Today'
2 hours ago   3   1,013

Former IZ*ONE member Yabuki Nako shares her thoughts on graduating from HKT48 + her next steps
2 hours ago   1   3,346

K-netizens have expressed mixed emotions in response to the news of Lee Seung Gi and Lee Da In's marriage
14 hours ago   75   32,325