Park Soo Hong cooks a meal for kids from a foster home he's helped for 20 years, thanking them for leaving encouraging comments during his difficult times

Park Soo Hong recalled, "They left such encouraging comments for me [online] and even went on interviews to fend for me. They really saved me, and so I thought that the least I could do was to cook a meal for them."

Park Soo Hong then surprised his two guests with a massive seafood bake. As the three dined, one of the girls commented, "This is the first time since I left the foster home that I'm eating a home-cooked meal." The other also casually remarked, "That's why I go to the foster home just to eat from time to time."

The three also fondly recalled a ski trip that they went on with all of the foster home kids and Park Soo Hong. The girls warmly reflected on how they were able to go skiing, see a musical, and go to an aquarium for the first time in their lives, and said, "When I got older, I realized that [Soo Hong] ahjusshi was like our 'Daddy Long-Legs'."

Furthermore, one of the girls mentioned how she had begun a small fund at her former foster home after hearing that the home needed a new vehicle. "I learned some time afterward that [Soo Hong] ahjusshi had also donated to that fund," she said.

Lastly, Park Soo Hong honestly thanked the two girls for appearing on an interview program when Park Soo Hong was facing various negative accusations. He began, "I won't ever forget how you guys fended for me. You girls said that you believed in me without a second thought, and that really gave me strength."

Hearing this, the girls replied, "We came out on the program because we remembered what you did for us as kids. We left comments under YouTube videos that were making negative accusations because we knew that they were not true."

In response, Park Soo Hong stated, "At that time, those comments were like a lifeline for me. Seeing those comments when I was at my worst, I thought, 'I didn't live a useless life after all." 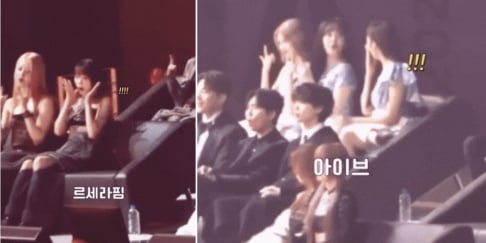 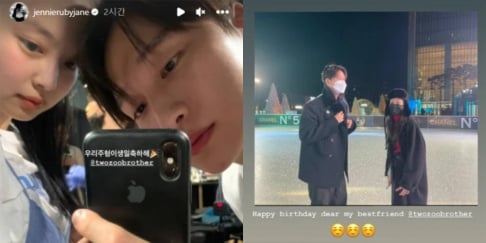 I read that PSH's SIL was behind a smear campaign on him back then. His relatives really are a piece of work. Nobody deserves to go through what he did.

LOONA’s Olivia Hye updates fans for the first time in 3 months after losing her injunction against BlockBerry Creative
3 hours ago   8   8,697