Three of the hottest girl groups of the year, IVE, LE SSERAFIM, & NewJeans all perform at Yonsei University's 'Akaraka Festival'

Yonsei University's 'Akaraka Festival' just decided that it was going to begin the year-end music festivities early, by inviting three of the hottest girl groups of 2022 to one stage!

On September 24, Yonsei University's beloved student festival 'Akaraka' took place as an in-person event for the first time since 2019. The festival, hosted by the university's very own cheer squad, is known for keeping its festival artist lineup secret until the day of the event.

Thus, when the students were seated and ready to enjoy the major festival, they were blown away by the spectacular lineup of performing artists!

The first act to open up were the ladies of NewJeans, performing "Attention", "Hype Boy", "Cookie", and more to the crowd's enthusiastic cheers.

After NewJeans, acts like 10cm and Big Naughty brought emotions and laughter, heating up the night.

Next came another HYBE Labels girl group taking over the K-Pop scene, LE SSERAFIM! In particular, the members of LE SSERAFIM received massive cheers from the Yonsei University students as they were seen wearing Yonsei gear on stage.

LE SSERAFIM performed songs like "Fearless" (above), "Blue Flame", and "Sour Grapes", raising the energy levels to the max.

On this day, IVE performed "Eleven", "Love Dive", and more and became a hot topic online for their stunning denim stage outfits.

Meanwhile, netizens reacted to the 'Akaraka Festival's unbelievable lineup with comments like, "Is this MAMA??", "They decided to invite all of the girl groups fighting for the 'Rookie Award'", "The top 4th gen girl groups in one place", "The crowd was so crazy", and more. 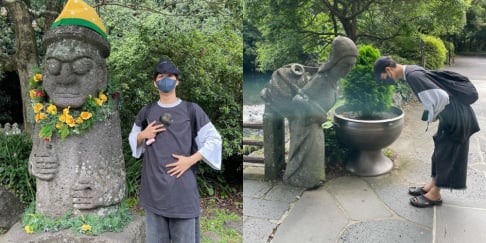 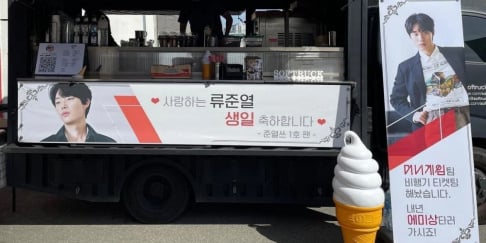 notice how they ALL sang live

Love every performances but le ssrafim performances I enjoy the most. they hyped the crowds and showed more maturity.

This is Song Joong Ki and Katy Louise Saunders' future home where they will raise their first child
45 minutes ago   7   8,795

This is Song Joong Ki and Katy Louise Saunders' future home where they will raise their first child
45 minutes ago   7   8,795