On July 7, PURPLE K!SS revealed a logo motion film for the release of their 4th mini album, 'Geekyland'. The logo film features dramatic instrumentals as well as a logo shaped from two keys, raising anticipation for the girl group's comeback concept.

This will mark PURPLE K!SS's first comeback in approximately 4 months since the release of 'memeM' in April of this year.

All four members of KARD renew their contracts with DSP Media 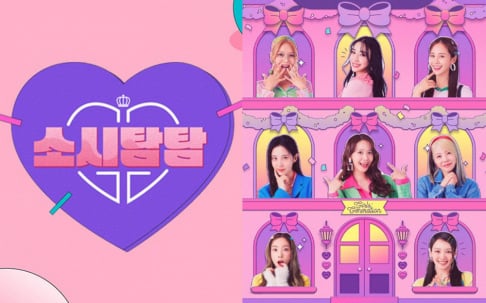 Damn.
The summer of 2022 is becoming An Embarrassment of Riches!
Welcome back, ladies.

Will NMIXX be able to win the 'Rookie of the Year' award like their sunbae artists from JYP Entertainment?
3 hours ago   34   4,956

What K-Netizens are saying about CNN's article, "Why Western women are heading to South Korea in search of love"
5 hours ago   33   8,834

TWICE is ready to make an impression with a new set of individual and group teaser photos for their upcoming 11th mini-album 'Between 1&2'
6 hours ago   34   5,191

On Indian Independence day, an Indian teacher caught threatening a student over being a fan of "lipstick-wearing" BTS-- sparks debate on toxic anti-fan culture in India
22 hours ago   141   71,600

NewJeans' Minji rejected a personal offer from Lee Soo Man to become the center of an SM Entertainment group
1 day ago   90   108,415