2AM has dropped the MV teaser for their upcoming title song.

As announced, 2AM is gearing up for their first full-group comeback in seven years. They will be releasing their 4th mini-album that contains five tracks in total, including the title song "Should've Known". As reported, the MV for this song will feature 2PM's Junho and actress Kim So Hyun. In this teaser, Kim So Hyun puts on a moody atmosphere as a soulful melody accompanies the visuals. 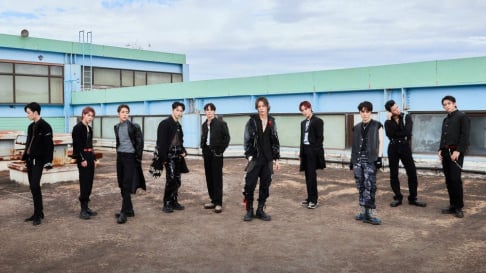 I know I'll be sobbing when this drops. Also, KSH how in the world did she grow right before my eyes T_T

Another brand company steps up to defend Chuu from Blockberry Creative's claims of her power abuse
23 hours ago   45   26,325

LE SSERAFIM's Sakura shares about the Korean expression she had a hard time adjusting to
33 minutes ago   1   1,784

Another brand company steps up to defend Chuu from Blockberry Creative's claims of her power abuse
23 hours ago   45   26,325