On May 30 KST, the Jellyfish Entertainment boy group unveiled a cover video starring lead vocalist Gyehyeon, who puts on an effortlessly cool R&B performance of Baekhyun's recent single "Bambi." While VERIVERY regularly release cover videos, this is the first cover video released by Gyehyeon in three months, his most recent cover being a dance performance of "Monster" by Shawn Mendes and Justin Bieber, filmed alongside members Dongheon and Yongseung.

Meanwhile, Gyehyeon and the rest of VERIVERY will be performing at the upcoming 'KCON:TACT 4 U' online concert. Find more information about the broadcast here.

Check out the full "Bambi" cover above!

Poor babies! VERIVERY are sooooo under rated and yet the guys are really talented. Top notch vocals and dance, and every single one of their M/Vs have been interesting masterpieces. I really wish people would give them more of a chance.

Gong Yoo's agency denies the rumors that the actor had a date with Taylor Swift in New York City
2 hours ago   15   7,369

The most popular second-generation K-pop groups according to Twitter
1 hour ago   9   3,620

The most popular second-generation K-pop groups according to Twitter
1 hour ago   9   3,620

"Yours" by Jin breaks records on charts and streaming platforms around the world
2 hours ago   5   1,115

BTS can carry out their group activities until next year as all members requested an enlistment deferral
1 day ago   136   91,251

aespa makes history as the first K-Pop girl group to perform at the Macy's Thanksgiving Parade
1 day ago   61   47,369 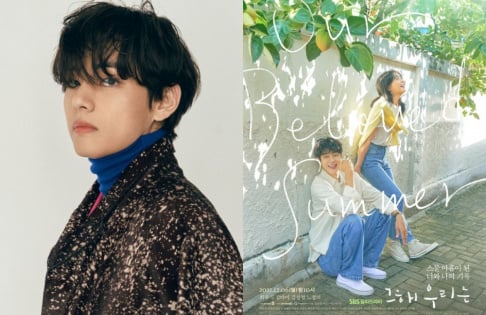