On February 15 KST, the TOP Media idol unveiled the 'face version' music video for his recent single "Sugar," the title track off of his 2nd mini album 'Tasty.' For the video, he returns to the same concept and outfits seen in the original; however, this time around, fans are given a closer look at his impressive visuals as he uses the camera like a special pictorial shoot.

Meanwhile, 'Tasty' was released on February 8. The original music video for "Sugar" can be seen here.

Check out the new video above!

Former AOA member Mina writes a handwritten letter and apologizes for breaking her promise to get off social media
1 hour ago   41   4,181

"Delete the divorce entry from the Wiki page," Goo Hye Sun is allegedly attempting to delete all traces of her divorce from Ahn Jae Hyun
3 hours ago   30   9,383 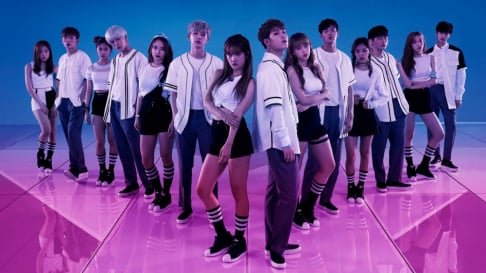 AKP BUZZ
A dog owner in his 50s is arrested after stabbing a veterinarian in anger when his dog died during surgery
1 hour ago   6   1,460

Former AOA member Mina writes a handwritten letter and apologizes for breaking her promise to get off social media
1 hour ago   41   4,181

These PURPLE K!SS dance performances will make you want to stan the girl group
2 hours ago   1   437

'Nevertheless' actor Kim Min Gwi to be edited out of most scenes following his cheating controversy
20 hours ago   74   98,141

How netizens are reacting to Irene in the latest teaser released for Red Velvet's comeback
2 days ago   83   55,633