On February 13, Kang Daniel appeared as a guest on MBC's 'Point of Omniscient Interference' along with his manager.

On this day, Kang Daniel, his manager, and the bulk of his agency's staff gathered at a MV set for day #2 of his comeback filming. As the idol sat down and began receiving makeup from his stylists, he remarked, "Why can't I breathe properly?"

In the studio, Kang Daniel explained that he had come down with decompression sickness after spending long hours the day before filming underwater. With an anxious expression, Kang Daniel confessed to his makeup artist on the set, "I just can't breathe as much as I normally do." The makeup artist worried, "How are you gonna do the dance scenes like this?" Kang Daniel also added, "Yeah. This is like the worst I've ever felt since my debut."

Later during lunch, Kang Daniel continued to worry his staff as he began having breathing problems while eating lunch. After a bite of pizza, Kang Daniel bowed his head and said, "I don't think I can eat because it hurts too much." Eventually, the idol gave up on eating and put his head down, catching his breath.

However, once his main choreography scenes, began, Kang Daniel displayed his unwavering professionalism by pulling off a dramatic performance. He worked with his backup dance team and completed both indoor and outdoor scenes flawlessly, to the point that no one would believe he was having breathing problems that day.

Meanwhile, Kang Daniel's manager also made his MV debut on this day by appearing in various scenes, filming with Kang Daniel.

Decompression sickness is not joke. Why is this article celebrating his professionalism? He should have been taken to the hospital for a check up.

Abusing yourself =/= professionalism.
as soon as he said he couldn’t breathe properly, his staff members should have called an ambulance. Just look at the color of his face before putting on makeup, he looked almost blue!!

He should take better care of himself and his staff shouldn’t enable him!

BTS's Jungkook impresses Netizens with his wise answers and handsome visuals during SBS Interview
1 hour ago   10   3,032 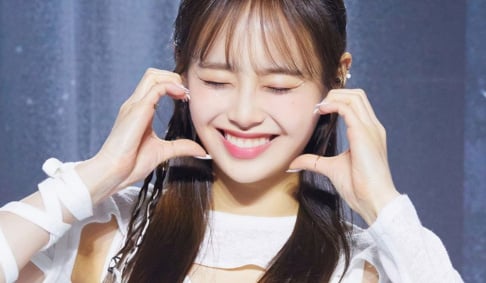