CIX teases comeback with a performance spoiler video for 'Jungle'

CIX has revealed a performance teaser for "Jungle".

As the title song from their upcoming album, "Jungle" is a dark and smooth R&B urban dance track that features a breathtaking choreography. Based on this teaser, all five members bring out their inner charisma as the moves signal a chic and sexy concept. Previously, the boys revealed a lengthy highlight medley that reveals the overall sound of the album.

Stay tuned for CIX's mini album, 'Hello Chapter 3: Hello, Strange Time', set for release on October 27 at 6 PM KST! What do you think of "Jungle"s melody and choreography so far?

I'm glad Jinyoung is back and doing okay. I've been anticipating their comeback for a while now! I can't wait! 😄

TOP Media releases update on UP10TION members Bitto & Kogyeol, who have been relocated to COVID19 patient facilities
5 hours ago   7   7,042 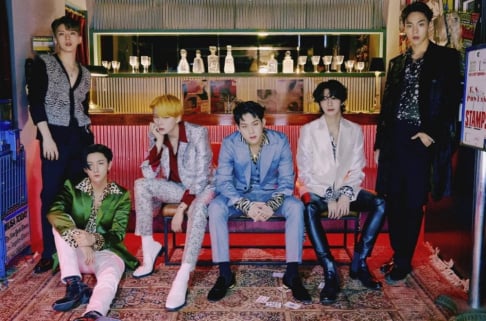