CRAVITY looks handsome and sophisticated in unit image teasers and concept film for 'Hideout: The Day We Step Into'

CRAVITY is continuing the countdown until their very first comeback!

On August 16 KST, the group's agency Starship Entertainment unveiled unit image teasers, as well as a concept film for the comeback. In the images, each member is looking chic and sophisticated in an all-white suit-inspired look that accentuates their broad shoulders, slim waists, and soft masculine visuals. The backdrop for each image shows glimpses of fire and red-tinted clouds, a subtle reference to "Flame," the title track on their upcoming album.

In the concept film, each member is given their own time with the camera as they pose in and around a large clear box, the soft music and sound of birds chirping adding an ethereal mood to the scene.

Meanwhile, CRAVITY's 2nd mini album 'Hideout: The New Day We Step Into' is set for release on August 24.

Check out the new teaser images and concept film here!

Netizens horrified as they find autographed albums gifted to CLC from other artists listed for sale in an online market
19 hours ago   56   71,050

[Lyrics NSFW] Baekhyun trends worldwide on Twitter for the sexually explicit lyrics to the track "Drown"
23 hours ago   72   32,692

Vice-president of the United States, Kamala Harris turns out to be a BTS ARMY as she follows them on Twitter and includes 'Boy With Luv' in her Spotify playlist
29 minutes ago   7   2,323 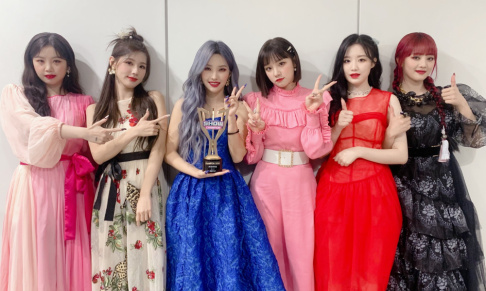 Netizens impressed with how BLACKPINK represents multiple beauty brands when you walk into a department store
57 minutes ago   7   2,435

[Lyrics NSFW] Baekhyun trends worldwide on Twitter for the sexually explicit lyrics to the track "Drown"
23 hours ago   72   32,692