On December 1, Korea's National Tax Service announced an audit against Kwon Jin Young and Hook Entertainment for allegedly misusing company funds for personal expenses. Depending on the outcome of the audit, the CEO may face further investigations for evading taxes and more.

Previously, Dispatch made a number of allegations against CEO Kwon Jin Young and her lavish spending using company cards. The audit is separate from the raid by police on Hook Entertainment on November 10.

In related news, Kwon Jin Young is alleged to have withheld music promotion money from labelmate Lee Seung Gi, who recently revealed his intention to terminate his contract with Hook Entertainment. 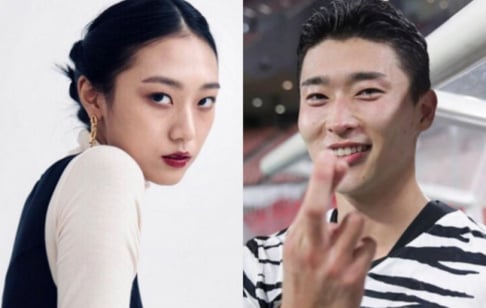 The only thing their and many others justice dont forgive... tax evation. Go get her!

After all the bad things she's done, I hope she gets what she deserves. Her retribution is coming.

This is Song Joong Ki and Katy Louise Saunders' future home where they will raise their first child
1 hour ago   13   13,044

This is Song Joong Ki and Katy Louise Saunders' future home where they will raise their first child
1 hour ago   13   13,044