After the INK INCHEON KPOP Concert was held on the 1st of October, Korean netizens are voicing their shock at the number of groups that did not perform live at the concert but instead opted to lip-sync. After the set list emerged online for the concert, many K-netizens and international fans alike were happy to receive a sneak peek. However, the lack of live vocals from the majority of the groups shocked many.

MR only (Music Recorded, mic on)

The only group that performed without LIVE AR or MR but only with MR (Music recorded) was MAMAMOO. Leading many netizens on NAVER to praise the group's performance and vocal stability. As well as the fact that the group even in their eight years continues to sing live.

LIVE AR (Live All Recorded, no mic live during the performance)

The groups that used LIVE AR, meaning no live mics used the performance, consisted of Kep1er, Billie, EPEX, DRIPPIN, CIX, Jo Yu-ri, Golden Child, and MOONBIN & SANHA. Netizens were quick to point out that while using a backtrack or some lip-syncing is acceptable during a performance's most challenging choreography parts, this is a live concert and not a digital single. Fans and audience members expect groups to perform live for the most part.

What do you think should idol groups be expected to perform live during concerts and not lip-syncing? Should Live MR be the maximum allowed playback to be played during a live performance? 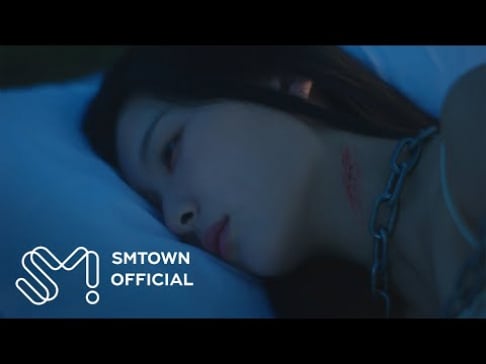 why lip sync if you’re a singer ? aren’t singers supposed to sing live ?

Some would say it's because of the choreography 🙄....and there's Mamamoo who prove that when you're real singers you can absolutely dance and perform live.

I am a proud moomoo 🤗

Controversial YouTuber Sojang claims Jinni was removed from NMIXX after being caught visiting motels with another male idol
4 hours ago   68   43,402

Jinni‘s last message to fans on Bubble has sparked speculation that she was kicked out from NMIXX
5 hours ago   16   30,122

Jin makes history in 2022 by becoming one of the Top 3 biggest K-pop solo albums streaming debuts on Spotify in its first week, with just one track
46 minutes ago   1   276

Controversial YouTuber Sojang claims Jinni was removed from NMIXX after being caught visiting motels with another male idol
4 hours ago   68   43,402