Singer/actress IU has earned her first recognition for a role in a big-screen film!

On September 30, IU was announced as the winner of the 'Rookie Female Actress' award at the 'Chunsa International Film Festival' for her role in 'Broker' (2022). The film's director Koreeda Hirokazu also won the 'Director Award' on this day.

This marks IU's first ever award recognition for her performance in a film, a meaningful achievement for the multi-talented star!

Meanwhile, IU was unable to attend the 'Chunsa International Film Festival' and accept her award in person, due to close contact with a COVID-19 positive case.

Check out the lineup for this week's episode of JTBC's K-Pop music show 'K-909'! 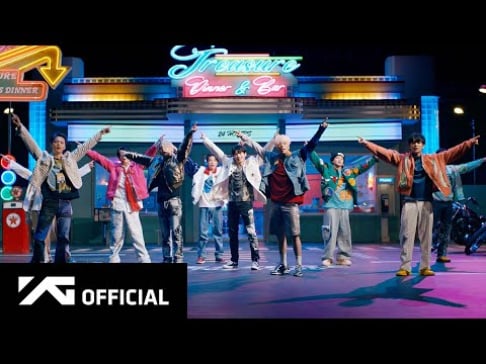 TREASURE dance to an energetic beat in 'Hello' MV teaser

why is she winning a rookie award? IU has been an actress for years now.

Jinni‘s last message to fans on Bubble has sparked speculation that she was kicked out from NMIXX
6 hours ago   16   31,555

Questions have been raised in response to Hook Entertainment's statement regarding CEO Kwon Jin Young's mobility issues
36 minutes ago   6   1,551

Jin makes history in 2022 by becoming one of the Top 3 biggest K-pop solo albums streaming debuts on Spotify in its first week, with just one track
1 hour ago   2   384