On August 18, photos of two individuals walking hand in hand on the streets of Seoul caused a buzz online.

Many netizens alleged that the male captured in the photos was WINNER's Kang Seung Yoon, enjoying a date with his girlfriend.

In response to the reports, a representative of YG Entertainment told media outlets, "It is difficult to confirm private matters related to our artists."

The actress also made an appearance on Mnet's 'School Rapper' in 2017. 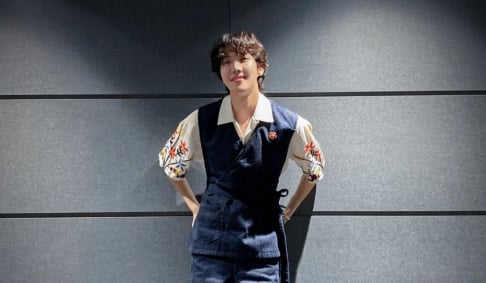 Happy for them if it's true! *sidenote* How are Koreans able to recognize these celebs when they're wearing a mask👀

Everyone: good for them. They look happy👌

Me: how the f did koreans recognize them with their masks on? Damn thats some next level detective work😂

"It was so easy to break up with him," K-netizens comment on how fast Park Min Young stated she broke up with businessman Kang Jong Hyun
4 hours ago   19   27,469

BLACKPINK's Rose steals the spotlight with her elegance at the Saint Laurent after-dinner party
3 hours ago   4   8,096

A fan suddenly jumps up on the stage during CL's performance at the Chung-Ang University festival
6 hours ago   21   8,993

Big Hit Music states 'a specific poster' spreading ill-intentioned rumors about BTS has been identified and will face prosecution
20 hours ago   63   20,547

K-netizens believe the person leaking V and Jennie's photos could be an employee of YG Entertainment
1 day ago   80   102,074