On August 5, one netizen took to an onine community platform and created a post titled. "What do you guys thinks about Girls' Generation's new track?" Here, the netizen wrote, "Everyone's visuals are so frickin' pretty, but I'm a bit disappointed considering the fact that it's a comeback after 5 years. Objectively speaking, you can feel that they didn't pay close attention to their style and to the track. It's a song that feels like it would be released as some special single for a 10th debut anniversary or something."

Some netizens expressed their disappointment in Girls' Generation's new album:

"Without worrying about ranking on the music chart, it seems like they released music solely for their fans."

"We should just be satisfied with the fact that they finally released a song after so long. Because so many good songs are released from idols these days, ['FOREVER 1'] was just average to me. It wasn't bad nor good, just average. Haha."

"If you watched the music video, all you can think of is how pretty YoonA is. To that extent, the song wasn't catchy."

"I knew they would release music that is only up to this quality."

"Was this the best that they could offer? TT."

Others had nothing but praise for Girls' Generation:

"What are you talking about? The song is so good!"

"The song is so good. I can't wait to see their stage performance."

"Girls' Generation are so pretty. I liked [the song] as soon as I listened to it."

"I love the 2nd idol generation music style of Girls' Generation, that diverts from today's style."

"The song is so good lollll."

"It's the perfect song to listen to during the summer."

"But the song is really good, for real!"

What are your thoughts on Girls' Generation's comeback album 'FOREVER 1'? 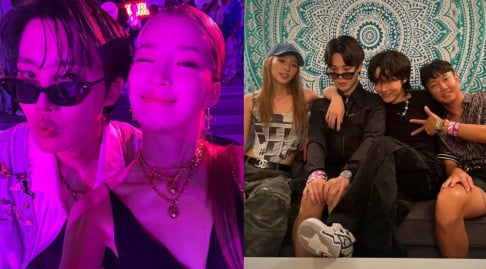 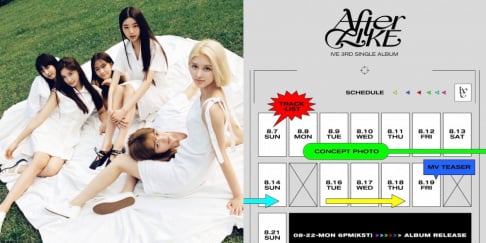 I was smiling all he way throught the song because you could see the girls were happy to reunite with their fans one more time, but this is kpop, fuck feelings and let's focus on charts because enjoying is not complete without numbers.

If I’m being honest, I feel like I’m overlooking the actual quality and concept of the album because of how much I missed the girls. It’s not a bad comeback, but considering how much time and effort it took to finally get all 8 members together, I feel like it wasn’t really up to par.

"It was so easy to break up with him," K-netizens comment on how fast Park Min Young stated she broke up with businessman Kang Jong Hyun
4 hours ago   18   22,111

A fan suddenly jumps up on the stage during CL's performance at the Chung-Ang University festival
5 hours ago   20   7,727

Big Hit Music states 'a specific poster' spreading ill-intentioned rumors about BTS has been identified and will face prosecution
19 hours ago   63   20,317

K-netizens believe the person leaking V and Jennie's photos could be an employee of YG Entertainment
1 day ago   79   101,165