News
Posted by jieun-im 4 days ago

IVE raised anticipation for their upcoming single album 'After Like' by unveiling a colorful scheduler image.

On August 5, IVE took to their official Twitter page to unveil the scheduler image for their upcoming 3rd single album 'After Like'. In the scheduler image that resembled a TV screen adjuster, it revealed that IVE will be releasing concept photos from August 8-18 KST, and also be releasing the music video teaser for their title track on August 19 KST. In particular, IVE will begin counting down the days until their official comeback after revealing their album highlight medley on August 21 KST.

Notably, IVE will be returning with their 3rd single album 'After Like' just 4 months after promoting with "Love Dive", garnering attention. 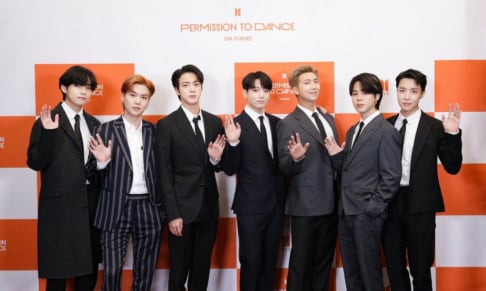 IVE…..yummy, I felt like I had given my heart to some of those brilliant new GGs, but found there is always room in there for the amazing songs, catchy choreography, and charms of IVE!

Was personally hoping for a mini album this comeback, but people are saying Starship are doing the same thing as they did with Sister (3 single albums and then a full album) which if is the case has me excited. IVE girls can have a well deserved break from promotions after this comeback and the fans get more songs next comeback

BTS's J-Hope reveals how Kim Taehyung was the most supportive during 'Jack in the Box' promotions and Lollapalooza
2 hours ago   11   3,858

Is BLACKPINK coming to your area? Check out the dates and locations of BLACKPINK's upcoming 'BORN PINK' world tour
1 day ago   69   47,065

Red Velvet's Yeri responds to a controversial YouTube channel which accused her of having 'Jennie Disease'
2 days ago   67   126,011