"This is what they call the weight of the crown, right?" Why BTS's Kim Taehyung ignoring the crowd at the airport shouldn't even be an issue

On June 28, BTS member Kim Taehyung, aka V, arrived at the Seoul Gimpo Business Aviation Center after attending CELINE's show for Paris Fashion Week. He appeared tired and quickly got into his car without greeting the waiting crowd at the airport.

Minutes later, before news headlines covering his arrival came out, he went on to Weverse to write a brief apology.

However, his apology didn't stop headlines questioning his attitude for"ignoring fans and reporters" from being written, as well as malicious posts being made on K-forums, which have blown the issue out of proportion.

In a post via Insight Korea, Korean netizens shared their thoughts on the issue:

2. [+813] He's only human; maybe he has days where he's tired or exhausted, and interacting with others feels like too much. Celebrities can always do 100 things right, but it's the one time they're off that people take issue with. Let's try not to hurt him with our words, guys.

3. [+238] Kim Taehyung has always greeted reporters first with a "how are you" and smiled at reporters he recognized in the crowd. The situation at the airport this day was terrible, with a few foreigners cutting him in line to avoid the run and reporters not being in their places. Police had to even come to the scene to sort it out. I'm sure it was the safest for him to just get in his car as fast as possible. He waved at fans after he got in the car, but it's obvious that the situation still bothered him enough for him to write on Weverse saying sorry to everyone who waited. I don't know why he's getting hate for this at all.

4. [+235] I'm pretty sure he wrote on Weverse right after getting in the car, before news of this even made it to the media?

7. [+201] The article is written as if V apologized only after this became controversial in the media, but he apologized before any of this made it to the news. Armies will know that V has always loved giving fan service. He's been exhausted the entire time he's been overseas, to the point of posting "tired but acting like I'm not." Celebrities are people too, and they have a right to be tired. I don't know why this has to be in the news.

8. [+111] This is what they call the weight of the crown, right? Because this shouldn't be an issue or anything to apologize over at all... First of all, these reporters crowd around the airports with illegal information about their flights. V did not invite these reporters himself. He has no obligation to greet any of them. And anyone who knows V well would know that this is such a non-issue because he's always been known for loving his fans deeply. It's really true that these stars can do 99 things right, but people will still hate on them for the one thing they don't do.

9. [+409] I feel this more and more that our country requires way too high of a moral ground on our stars. I can't believe this warranted an apology at all.

10. [+96] These reporters were never invited by him. The reporters are the ones who obtained information on his flight and waited there. They should be glad any celebrity acknowledges them at all. 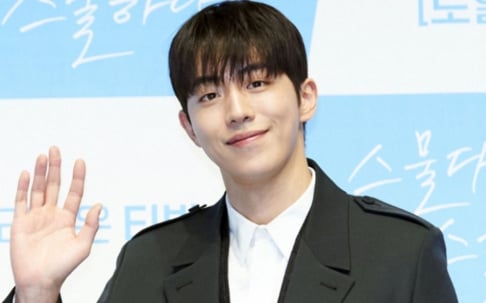 the fact that he had to get straight into his car bc of some security issues, his team made him go quickly it wasn't in his hands but he did waved to the fans from his car and he still apologize !!! and some people are trying to make him look bad when he did nothing wrong

I agree, he's human and he was probably really tired.

The huge earnings potential for Jessica while promoting in China
2 hours ago   11   5,629

BLACKPINK is trending around the world again and they look amazing in a new video shared by YG Entertainment
3 hours ago   6   5,421

AKP BUZZ
Working as a waitress, enlisting in the navy, this SK Group heiress is receiving attention for her unconventional "Chaebol" lifestyle
36 minutes ago   1   3,159

BTS's Jin and SUGA garner attention for their wholesome and hilarious interaction on social media
59 minutes ago   2   1,238

Red Velvet's Yeri responds to a controversial YouTube channel which accused her of having 'Jennie Disease'
1 day ago   58   93,825