Jimin is proving his unmatched power and influence in the luxury fashion world yet again as the Korea Economic Daily media outlet recently published an article on Korean stars being the face of global luxury brands and mentioned Jimin among these stars, the only member of BTS to have been mentioned.

The article mostly dwelt on Jimin's impact on Louis Vuitton's revenues, the biggest luxury fashion brand in the world by valuation [refer here for full list], and which is also known to have the most expensive items among all the top brands in the luxury fashion world [refer here for full ranking]. As such, impacting the sales of such a brand is a huge deal for any individual.

In the publication, the author references the Louis Vuitton knitwear that Jimin wore for the brand's 'Men's Fall-Winter 2021 Fashion Show' video, which went out of stock in various official stores worldwide soon after Jimin was seen with it. Notably, the item was priced at a whopping 1 million Korean Won or roughly $770, but it still got sold out in numerous countries and in multiple sizes, proving that Jimin's brand power has no restrictions, not even an insanely high price tag can stop his impact.

LaunchMetrics, a big data analysis company, revealed that following this out-of-stock global crisis for the product, the media advertising effect was approximately 534 million Korean Won or roughly $411,600, and this was in under 24 hours. It is jaw-dropping to think that such impact came from a mere ordinary post where he did not even attempt to promote the products he was wearing in any way officially.

The knitwear Jimin wore in the video back in January 2021 got sold out in South Korea, the US, the UK, Canada, and Brazil, among other regions, with it being especially popular in the UK and Brazil and selling out in the shortest time. The item got sold out in all the different available sizes. Below is a recount of the event.

With the attention that this impact brought both in terms of publicity and in revenues for the brand, fans now became excited and looked forward to BTS' collaboration with LV as global brand ambassadors.

A while later, Fashionbiz, a leading Korean fashion magazine, published a news feature on K-pop idols being brand ambassadors for luxury fashion brands, and in this piece, the author mentions the BTS x Louis Vuitton collaboration.

Mainly, the article reveals that it was, in fact, Jimin that made this collaboration possible, with the decisive factor being when he yet again caused a sell-out of the 850,000 Korean Won or about $655 Louis Vuitton t-shirt that he was wearing during a video call interview between BTS and former Louis' Vuitton's Creative Director for men's wear, Virgil Abloh. This occurrence saw Jimin tip the scale in favor of the group for the global ambassadorship deal, having already had a history of selling out several of the brand's products prior to this event and earning him the title of 'LV FRONTMAN.'

During the fashion show in Seoul with BTS as global brand ambassadors, it was evident that Jimin held an important role for the show and for the brand, seeing as he was the reason the deal came into fruition. Jimin was given the opening spot on the runway despite it being his very first time walking the runway in any fashion event at all, not just for such a big brand.

Charles Manning, a style editor for Cosmopolitan magazine, spoke about how the order in which models should walk in a fashion show is decided. He stated that usually, the designer sets this order. However, the first and last spots in the line-up always carry some level of prestige, thereby making them the most coveted spots on the line-up. The two positions are thus awarded to "the biggest models" or "the biggest models in the show." He further mentions that any new models who get such positions, particularly in big fashion shows, can possibly have their careers rising fast as "it is considered a huge endorsement by the industry."

Based on this statement, it is clear that Jimin was the star of that show, and he was considered the biggest model of the show; plus, he was endorsed by the biggest luxury fashion brand as a person of influence in the fashion world. Additionally, it was later revealed in a behind-the-scenes clip that the Creative Director had especially loved Jimin.

Later on, Jimin's image from the same fashion show was seen on the big screen during the 8th edition of the Paris Luxury Summit. He was the only member whose image appeared, and it reinforced the notion that he was indeed the prestigious star of the #LVMenFW21 show and the biggest model of the show.

Here is a narration of all the numerous times that Jimin's impact as a global brand ambassador for such a high-end luxury brand was on display, living up to his title of the ultimate 'sold-out king' and 'brand king.'

Jimin's brand power has also been seen recently during BTS' promotional activities for their latest album 'PROOF.' The group appeared on different music shows to perform their latest tracks for their fans, and the clothing items and accessories worn by Jimin immediately went out of stock on numerous online stores. Some items were from other luxury brands like CELINE and Bottega Veneta, such as a sweater costing 1.25 million Korean Won or $963 and mules costing about 532,503 Korean Won or roughly $410, respectively. Other brands that experienced Jimin's power as a brand king include Sandro, Zadig & Voltaire, and H&M, among others.

Jimin is no doubt the brand ambassador that any brand would wish for. Be it in publicity or in attracting sales; he delivers it all in split seconds. Fans are excited to see what the future holds for 'brand king,' 'sold-out king,' and 'LV Frontman' Jimin in matters of fashion since the group has now embarked on a new journey of solo activities. 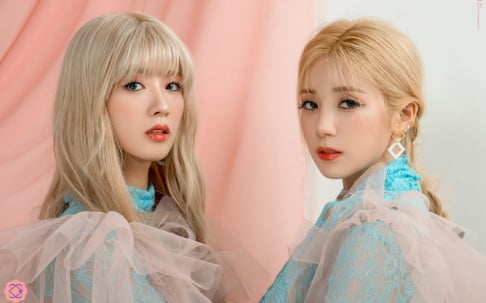 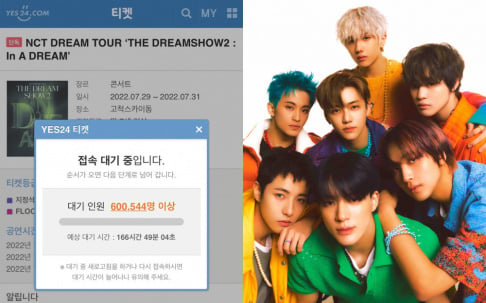 Jimin is indeed the Brand King, he sells out everything he touches!!

Fromis_9 members and Pentagon's Wooseok allegedly seen entering a room bar together in Hongdae
18 hours ago   92   71,057

IVE members share a spoiler for their comeback on their way to film 'Knowing Brothers'
8 hours ago   14   6,104 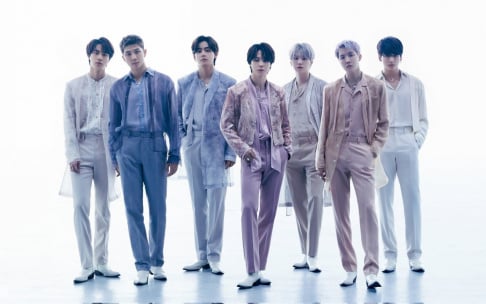 Ha Sung Woon to enlist for mandatory military service next month
1 hour ago   3   1,124

Fromis_9 members and Pentagon's Wooseok allegedly seen entering a room bar together in Hongdae
18 hours ago   92   71,057

Famous girl group member 'A' allegedly spotted outside the residence of major agency boy group member 'B'
1 day ago   85   100,273

Will NMIXX be able to win the 'Rookie of the Year' award like their sunbae artists from JYP Entertainment?
2 days ago   94   26,085