On February 27, Red Velvet's Yeri showed her support for Ukraine through her Instagram story by sharing a capture of a photo showing "No war please," written on a camera lens.

The photo was from a recent tennis match when Russian tennis player Andrey Rublev wrote: "No War Please" on the lens of a camera broadcasting the tournament after the semifinals of the Dubai Championships on February 25.

This was a day after the Russian troops officially began their full-scale invasion of Ukraine. Many, including the people of Russia, are standing against Russian President Vladimir Putin's decision to invade Ukraine.

Many are showing their support for Ukraine, hoping for this horrendous war to come to an end. Red Velvet's Yeri is also joining in support, hoping that this war ceases and Ukraine is left to peace with its citizens safe.

Many Korean netizens are also joining both Andrey Rublev and Yeri, along with thousands of people in support of Ukraine. Netizens commented, "I pray that the war comes to an end quickly," "I really don't want this war to get worse," "Yeri is awesome expressing support," "I really think Yeri is so awesome always having an interest in current events and expressing her thoughts," "This war really needs to stop," and, "I think I like Yeri the more I see her. She's really cool."

Israel regularly bombs Syria in unprovoked attacks. The US bombed Somalia this week but I bet you didn't hear about it from the US Media and Western Media, just like you haven't heard about the US facilitated genocide in Yemen, Palestine, Haiti, Syria, and etc countries during years to present~

But don't worry, they will tell you the "truth" about Ukraine just like they did with COVID, Iraq, Afghanistan, Vietnam, Iran, Syria, Libya, Yemen, Cuba, Haiti, Colombia, Panama, etc.

RUSSIAN tennis player ANDREY wrote: "NO WAR PLEASE" on the lens of a camera, and yerin sharing a capture of a pic showing that camera with His message

This is NOT a literal support for 'Ukraine'

This is support for peace in donbass, russia, ukraine and all the world.

8 long years ! ! ! ukraine committing genocide against the civilians of donbass, killing them, bombing and destroying their houses, schools, churches, hospitals, and etc. ukraine did and does atrocities in donbass.

President Putin tried to talk during years with ukraine to stop that genocide and to stop its alliance with nato, it didn't work, now putin is forced to take other measures.
•
◘PHOTO: Donbass residents after Ukraine's shelling in 2014. photojournalist Andrei Stenin (RIA) who was also killed that year while documenting the war in Donbass. He was 34 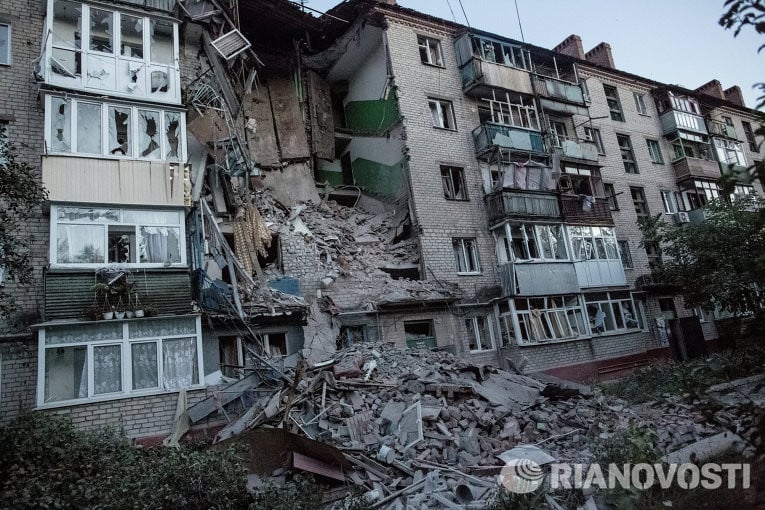 The people of Donbass describe what it’s been like to live under fascist Ukraine.

2014, Donbass ppl said: “DNR doesn’t kill us, but the Fascists (ukraine neo nazis), who are around our city, do this.” 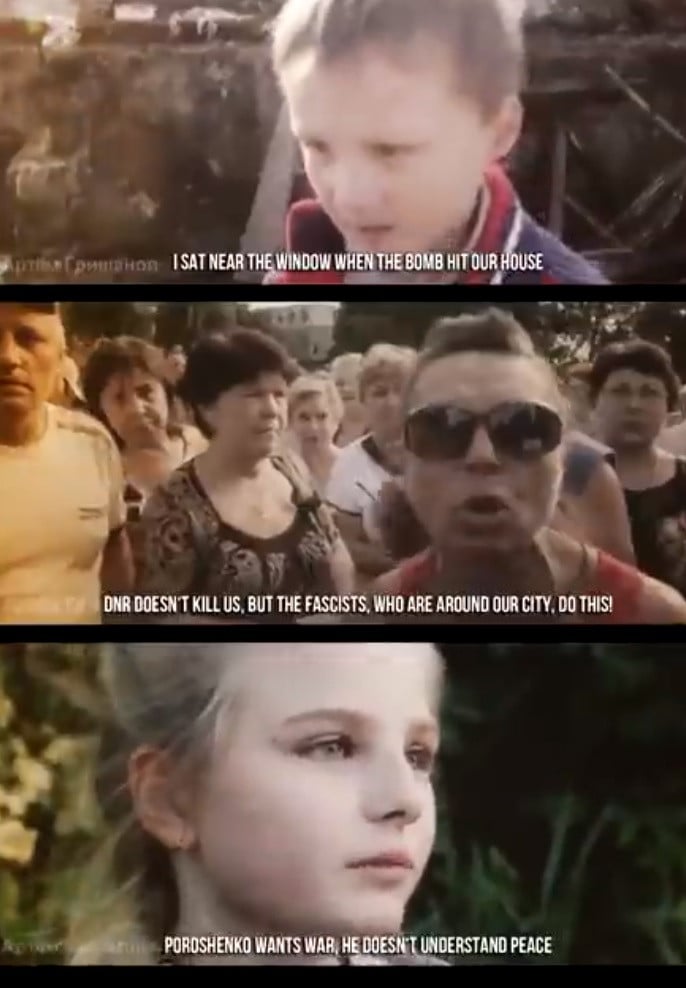 How and when did this genocide start?

Since 2014, US and CIA staged a coup in Ukraine, US armed the nazi/fascist militias in Ukraine turning it into a fascist and neo-Nazi state, ukraine admires Nazis as their heroes, and even have monuments to them. Even Official Ukraine army twitter account proudly posting videos/photos of the Azov Battalion (they are openly neo-NAZI and far right. they 've been committing genocide against the civilians of Donbass). 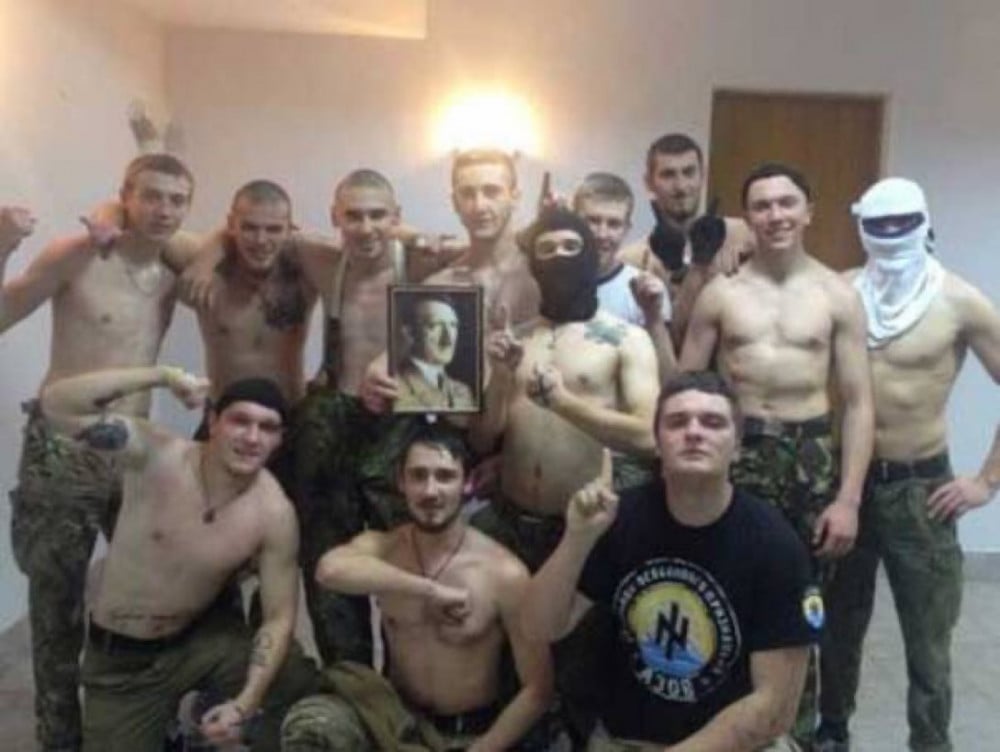 Most people dont like wars, russian civilians and ukrainian civilians don't like wars, but there is a reality, Ukraine becames a neo-Nazi state controlled by fascists/nazis neo-nazis. The Fascism and Nazism are the greatest threat to humanity, while Putin tries to stop them before it gets worse, the western media tries to demonize him and russia. 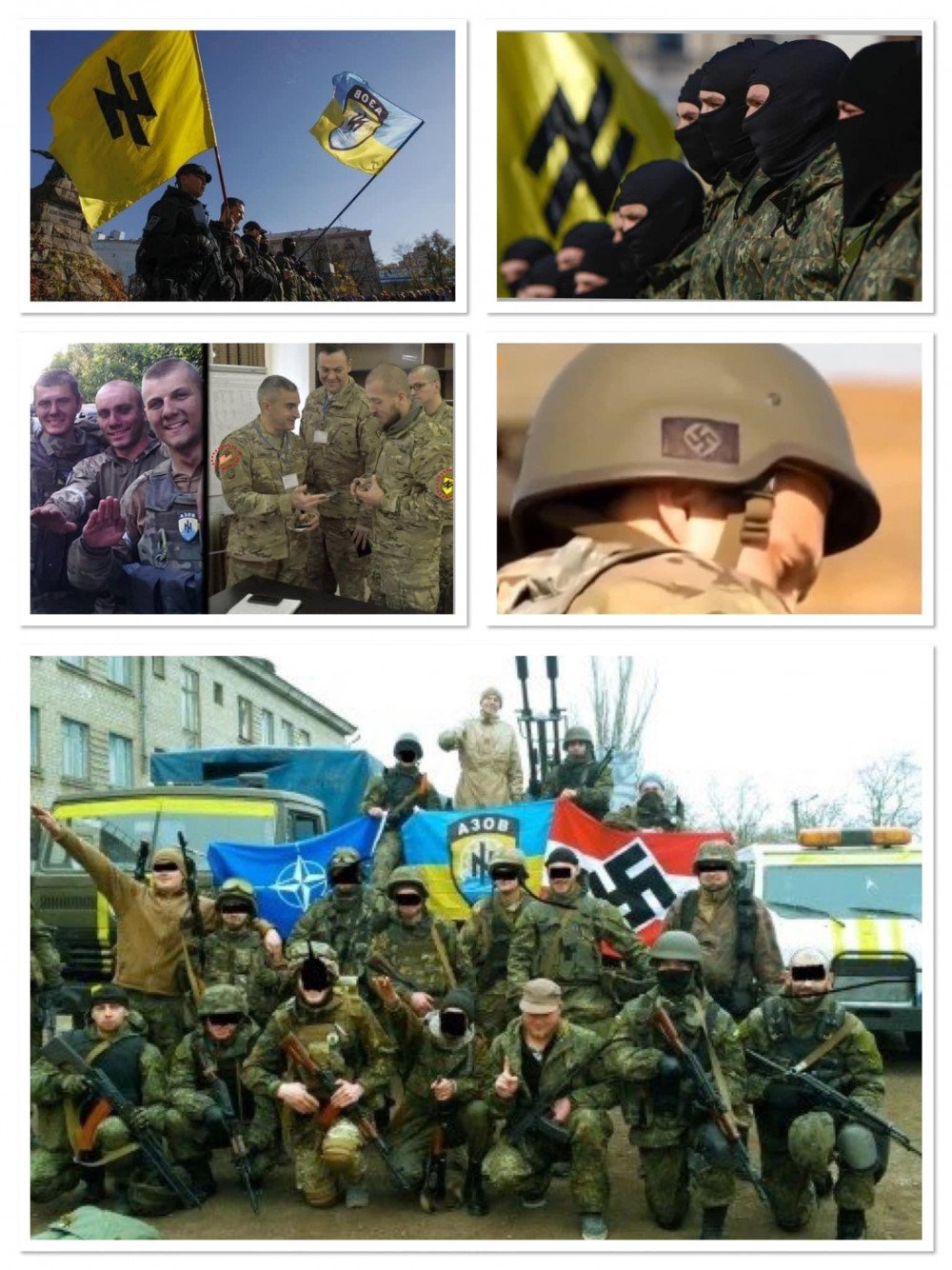 Julian Assange said: "Populations don’t like wars. They have to be fooled into wars.. Nearly every war that has started in the past 50 years has been a result of media lies."

Julian Assange said: "If wars can be started by lies, they can be stopped by truth".

THEY (most western media + US n its rich western allies) lied to us about Iraq, Afghanistan, Iran, Syria, Libya, Vietnam, Haiti, Cuba, etc...... why tf would anyone believe that they’re telling us the truth about Ukraine and Russia ?? seriously?

HISTORICALLY, Crimea and Donbass (donetsk and Luhansk) were Russian territories before there were ussr and current ukraine.

Currently, donetsk and Luhansk are independent republics, they both invited russia to help them defend themselves and fight against the fascist nazi ukrainians. therefore there is no invasion. Putin tries to defend the people of Donbass who have suffered so much.

BLACKPINK's Rosé says she misses performing on stage so she watches her group's old performances these days
2 hours ago   20   3,977

HYBE rep responds to media outlet inquiries about why LE SSERAFIM member Kim Garam received 'degree 5' punishment when there was no physical violence involved
2 hours ago   70   20,435

BLACKPINK's Rosé says she misses performing on stage so she watches her group's old performances these days
2 hours ago   20   3,977

HYBE rep responds to media outlet inquiries about why LE SSERAFIM member Kim Garam received 'degree 5' punishment when there was no physical violence involved
2 hours ago   70   20,435

Additional individuals are stepping up and sharing more stories about Kim Garam's bullying
11 hours ago   109   38,468