Jae has released an apology after calling long-time friend and former JYP Entertainment labelmate Jamie (Park Ji Min) a 'thot' in one of his recent live streams.

A short video clip of the stream of the moment has been making its rounds on social media, containing Jae smiling as he says, "Okay, now that I'm not in K-Pop anymore, I could say this: Why Jamie tryin' to be a thot?" After laughing, he then continues with, "That's right! I said it. Tell her. I said it! Tell her!"

After seeing the clip, Jamie responded in a pair of now-deleted tweets, "A what? Just remember how much I cared about you even before you were in your last company and how many times [I asked] if you were alright. I prayed for you. Your questions were like mine. It's really sad."

Soon after, she tweeted, "I'm just deleting it. I'm okay." and "I hate that we as women have to be subjected to mens' humor to appease incels on the Internet period."

Roughly an hour after Jamie's last tweet, Jae tweeted a public apology, where he referred to the incident as something he "thought was friendly banter" he now realizes was not and added, "In no way was I referencing any kind of physical behavior or energy (trying to take a slight at Jamie), but rather the aura of what people refer to as a 'baddie' and thought the two were synonymous." He then apologized to both Jamie and others who were hurt by the word choice.

Meanwhile, this month marks Jae's first since leaving both DAY6 and JYP Entertainment on December 31.

IVE wins #1 on this week's 'Inkigayo' + Performances from aespa, Kep1er, P1Harmony, and more! 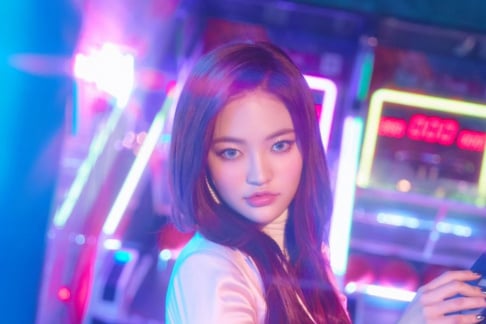 This guy is 29 years old. A full grown adult behaving like this. Even the way he was laughing was just super obnoxious. I guess "not being in Kpop anymore" showed his true, ugly colors to the world. And literally, no one who knows the term "thot," confuses it with "baddie." That's just a poor and sorry excuse. What was he trying to prove by calling her a "thot?" That's he's "fearless" and has a "Idgaf" mentality and people are going to think, "omg, he's so cool!" or something? He needs to grow up and learn to be a decent human being.

he has to be stupid cause the majority of his fanbase are girls and to think that his fans wouldn't call him out!!! everyone knows a baddie and a thot are completely different things omg

EXCLUSIVE
[INTERVIEW] "I’m constantly looking for ways to improve myself," Henry Lau dives deep into his musical journey, his new single 'Moonlight,' and more
8 hours ago   0   1,461