Back on June 14, BTS announced the release of a special single album, 'Butter'. The album will serve as a gift dedicated to ARMYs on the fan club's birthday, July 9. Then, pre-orders for the physical 'Butter' album opened up on June 15 via global distribution platforms. Some of these platforms have already listed the tracklist for the 'Butter' single album, as you can see below!

If the information is correct, BTS may be returning on July 9 with their new track, "Permission to Dance".

Many fans are already talking about the alleged title of the boys' new song via various SNS platforms and communities. What do you think of the title? 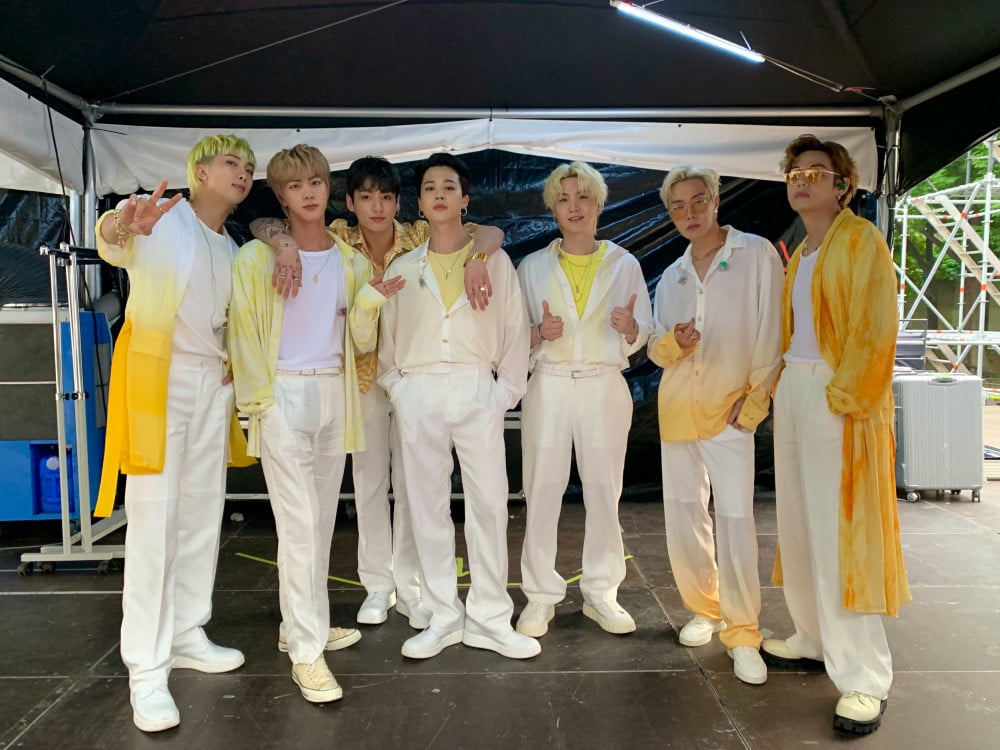 BTS Jungkook is the first artist to have a themed cruise ship parade with illumination show, thanks to Baidu Jungkook Bar
4 hours ago   32   3,309

Netizens notice how BTS's J-Hope and his sister have the same adorable walking style
3 hours ago   9   5,073

Red Velvet discloses a beautiful clip of 'Somethin Kinda Crazy' from their archive
4 hours ago   7   3,427

Woman alleges actor Kim Min Gwi cheated on her several times, including during his COVID-19 quarantine
7 hours ago   42   16,836

Kim Seokjin becomes the longest-charting BTS member with his solo song "Moon" after the change of MelOn policy
2 hours ago   10   1,283

"LIE" by BTS's Jimin continues to show its immense impact and draws the public's attention, as it achieves a new milestone
2 hours ago   5   1,060

Goo Hye Sun says she doesn't care about the harsh criticism she's receiving from the art industry
2 days ago   81   50,602

AKP BUZZ
MBC apologizes for using inappropriate photos representing countries including a photo of the Chernobyl disaster for Ukraine during Olympic Opening Ceremony
2 days ago   97   20,323