On June 5th, the idol member held a V Live stream to communicate with her fans. During the live stream, she opened up about her worries regarding her looks and while doing so, she personally addressed plastic surgery rumors.

YooA said, "As an idol, we always get judged. There are lots of compliments but there are quite a few hurtful comments. So I'm really conscious of my face swelling. Every time I get a puffy face due to swelling, people are so quick to jump on accusing me of plastic surgeries such as fillers and eye-lid surgeries. I try my best to control my body swelling but I have a tendency to retain water in my body when I'm tired due to lack of circulation."

She continued, "If I recall correctly, falling asleep in the car for just about 20 minutes was enough to make my face super puffy. I didn't even eat much. The thing is, people would say 'Something about YooA looks different' when I appear at an event with a puffy face. I really don't like receiving such accusations so I have been taking extra care of water retention since then. Now, people ask me if I have lost weight when in fact my body stopped swelling up so much."

YooA wrapped up by saying she is still afraid of standing in front of many people when she's bloated but she understands the nature of her job as an idol and will work harder to maintain her health.

A lot of (female) fans don’t want to hear it, but most of these girls are naturally beautiful. I’m sure a lot of them get some things done, but it’s usually minor. Why would these companies invest in unattractive girls who need major cosmetic surgery? Yes, Yooa is more attractive than you - deal with it.

"How did Jin get that user ID?" Netizens are reacting to all the BTS members getting personal Instagram accounts
36 minutes ago   6   12,147

Netizens are speculating that IU is in a relationship because of her latest songs
58 minutes ago   5   5,980 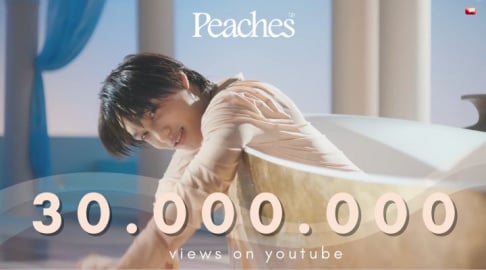 KAI's "Peaches" MV surpasses 30 Million Views on YouTube, the fastest for an SM soloist
2 minutes ago   0   90 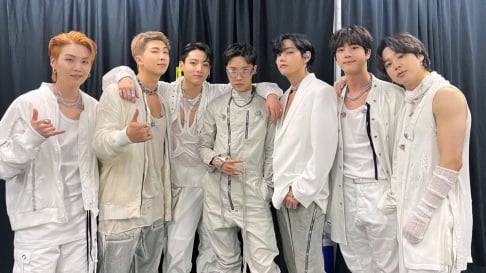 "How did Jin get that user ID?" Netizens are reacting to all the BTS members getting personal Instagram accounts
36 minutes ago   6   12,147

Netizens are speculating that IU is in a relationship because of her latest songs
58 minutes ago   5   5,980

Stan attractor BTS's V is going viral between locals and celebrities in Tiktok and Instagram with his 'Squid Game' edits
2 days ago   62   56,426